You have to vote for this man because no one else with money is running against him in the primaries.  Someone please, please run against him next time.

2. Voted to override sequester restraints (to spend more of our money)

3. Voted AGAINST reducing foreign aid spending (and it would have been a 5% cut)

4. Voted to channel additional billions of dollars to Puerto Rico even though the initial money sent DID NOT even go to the citizens!

5. Voted AGAINST reducing funding for EPA and Department of Interior to levels requested by Trump administration

7. Voted to re-impose net neutrality regulations on the internet. (this stops open competition, and controls the internet)

8. Voted to permanently authorize the land and water conservation fund (they take your money to buy your land and you do not hav

Wants to make Puerto Rico a state--bad. Would be large Democrat shift to fight America First.

Incumbent and most people think he is conservative.

Bad legislation he has voted for: 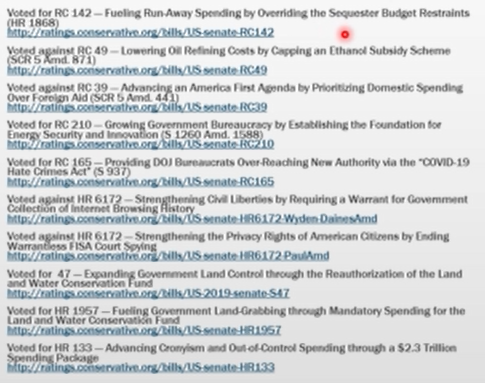 1. Overriding sequester restraints so more money can be spent.

2. Voted against allowing refining companies to forgo a (large) payment they have to make in regard to whether they decide to use ethanol or not--brought forward by Ted Cruz. He said No.Oil companies must use ethanol or pay the big bucks. Well, that really means the consumer pays the government because of that. Gas prices are hiked up. Thank you Rubio.We could use a break on gas prices!

4. Grew bureaucracy by establishing a foundation for climate change, green energy, solar panels, and windmills. (Why is go

This guy is terrible just like those in District 6 and 7. He is a RINO. BUT you have no choice. Welty isn't even a viable choice.Stauber is better than a Democrat. Somewhat.

Please someone conservative run for this office!

For now you are stuck with him.

A RINO, but the only alternative. Next time find someone conservative to run against her as well as Emmer in District 6. 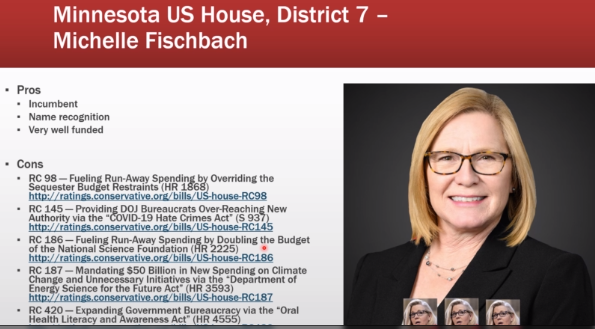 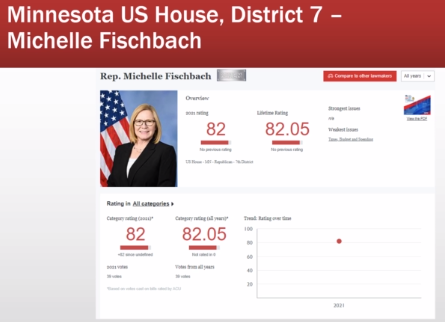 The Democrat is worse. Vote for her.

RINO extraordinarie but only choice unless you go Democrat which is even worse.

He out spends your money. He votes to fund unions. He doesn't even pretend to be conservative.

You have no alternative. Vote for him. And run someone good against him next time. 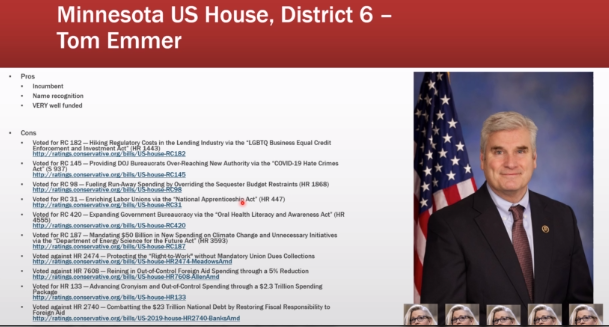