You have to vote for John Kennedy for Senator, Louisiana 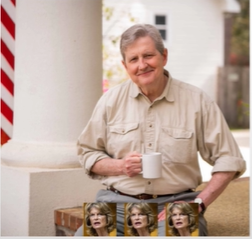