List with Research by RinoHunter 1776 in regard to each state

Gives voter information and the reason to vote for each candidate. You will see how the situation looks, what about other candidates, and if you need to start getting ready to primary a RINO.

Alabama -- Bring on the Red Tide!

Governor, US Senate and US House

Governor, US Senate and US House

My understanding is that you vote for one category. So for governor--only mark Dunleavy in the first category. Leave the others blank. You would do the same thing for Tshibaka

A native Floridian with blue-collar roots, Ron attended Dunedin High School and worked his way through Yale University, where he graduated with honors and was the captain of the varsity baseball team. He also graduated with honors from Harvard Law School. While at Harvard, he earned a commission in the U.S. Navy as a JAG officer. During his active-duty service, Ron deployed to Iraq as an adviser to a U.S. Navy SEAL commander in support of the SEAL mission in Fallujah, Ramadi and the rest of Al Anbar province. His military decorations include the Bronze Star Medal for Meritorious Service and the Ira

We are the Evolution of the Revolution!!! 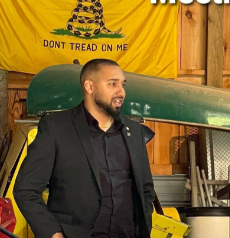 "There are many men of principle in both parties in America, but there is no party of principle. - Alexis de Tocqueville

"Those who would give essential Liberty, to purchase a little temporary Safety, deserve neither Liberty nor Safety." - Benjamin Franklin

Come join us, we have a plan to save America and to grow the conservative movement. Let's turn New Hampshire Red!!!! The time of maintaining the status quo is over, it's a New Era!!!!!

I spent my time on the ground working on election integrity, parental rights, state sovereignty, fighting mask/Vax mandates, and fighting CRT indoctrination. We must fight to protect women's sports. 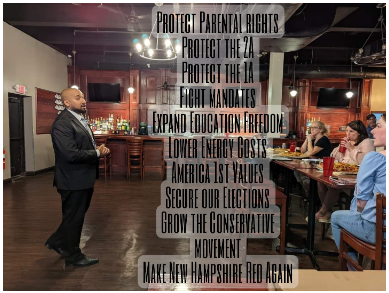 I believe we are all airing our individual grievances with the state. The establishment, which is the most bipartisan entity in DC, has effectively convinced us to discount and ignore each other's grievances in order to escape unscathed by appropriate criticism. We de

$40 billion dollars spent for Kari's opponent, a Marxist. This is a battleground. Kari is on the RIGHT side. She is strong enough. She simply must win. If you ever fought for someone--this is the person.

Any doubts about her credibility? Watch this interview with Gregg Phillips, with 2000 Mules and True the Vote. There are no legislators to trust in AZ who are going to fight for election integrity except for Kari Lake and Eli Crane. Period.MG Show  --editor 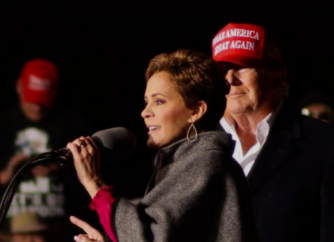 Arizona’s audit revealed numerous deficiencies and issues with our elections, on a scope and scale sufficient to have changed the outcome of 2020. We must address these problems immediately, or 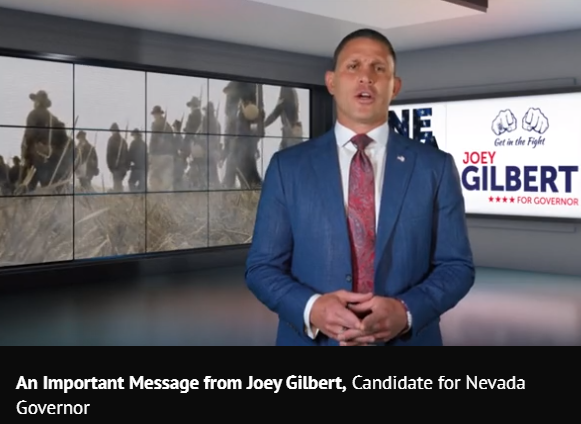 As your Governor, I will do everything in my power to secure and protect the integrity of our elections.

Election experts are virtually unanimous in their conviction that these machines have NEVER been fully reliable and harbor flaws that can be exploited. There is NO justification for continuing to use them.

That’s why I’m calling for the Secretary of State to require a hand-count paper ballot election.

This step, together with increasing the number of bi-partisan poll worker teams AND signature adjudicators for mail-in ballots, would IMMEDIATELY give 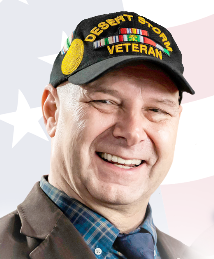 Work with the General Assembly to: 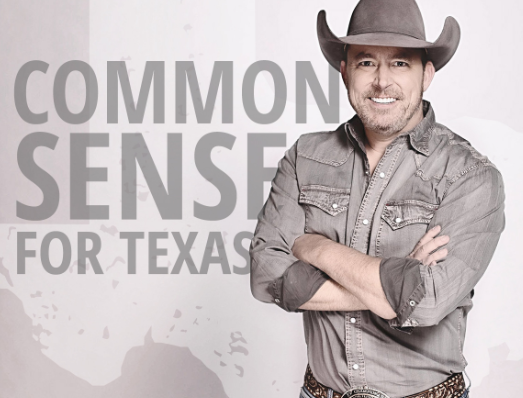 As governor I would push for the following election protocols to ensure a secure election process:

No computers or voting machines allowed at polling locations.

Premises must be throughly searched before counting starts to ensure there are no hidden boxes of suspect ballots.

Officials and buildings surrounded by trusted people for 48 hours (or until count is announced) to ensure no strange vehicles turn up with ‘found’ ballots.

Voters must be verified with government issued ID.

Absentee only to those with prior, proven identity and valid reason to vote absentee such as military, first responder, medical, correctional, infrastructure employee, or homebound and must be received by the county at least 3 days prior to election day.

All ballots kept in open secured area with 24x7 ca 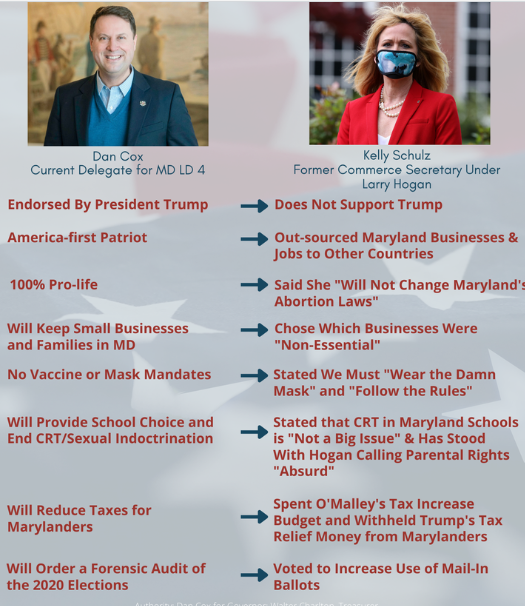 Dan stands for parental rights in the classroom.

Dan is against gender identity indoctrination in our schools.

Dan has protected our natural right to build firearms, a right which George Washington exercised to win our Independence.

Dan supports constitutional carry and shall-issue permits for full reciprocity in the U.S.

Dan stood against a Communist Party of China (CCP)-Style Gun Tracking bill with its patent in his Judiciary Committee.

Dan presented a Bill, “Consent of the Governed Act,” to re-establish Constitutional governance in Maryland, ending the lockdowns.

Dan spoke out against the lockdowns on State Capital Grounds in May 2020.

Dan stood with small businesses through the unconstitutional lockdown. Sarah Huckabee Sanders served as White House Press Secretary for President Donald J. Trump from 2017 to 2019. A trusted confidant of the President, Sarah advised him on everything from press and communications strategy to personnel and policy. For two and a half years, Sarah worked closely with the president, battling with the media, working with lawmakers and CEOs, and accompanying the president on every foreign trip, including dozens of meetings with foreign leaders. Sarah is only the third woman – and the very first mom – to ever hold the job of White House Press Secretary.

Upon her departure from the administration, President Trump described Sarah as “irreplaceable,” a “warrior” and “very special person with extraordinary talents, who has done an incredible job.”

Sarah joined the Trump campaign as a senior advisor in February 2016 during the Republican primary, and continued in that role through the President’s historic defeat of Hillary Clinton.

Day One: Investigate the Election Fraud of 2020

On Day One as the 50th Governor of the State of Michigan, I will open an investigation into the 2020 election. I am the only Michigan Governor Candidate who was at the TCF Center and who witnessed election fraud and the breaking of Michigan Election Law. I will investigate who ordered and allowed the Detroit Police to keep out Republican and Independent Election Poll Watchers and Election Poll Challengers from the counting room, and who ordered and allowed cardboard to be put up on the windows to inhibit a fair and transparent election. If a full forensic audit has not been conducted prior to my inauguration, I will call for one immediately. But I will not stop there. Those who are guilty of the breaking of Michigan Election Law will be prosecuted. We absolutely must have free, fair, and transparent elections in order to survive as a country. 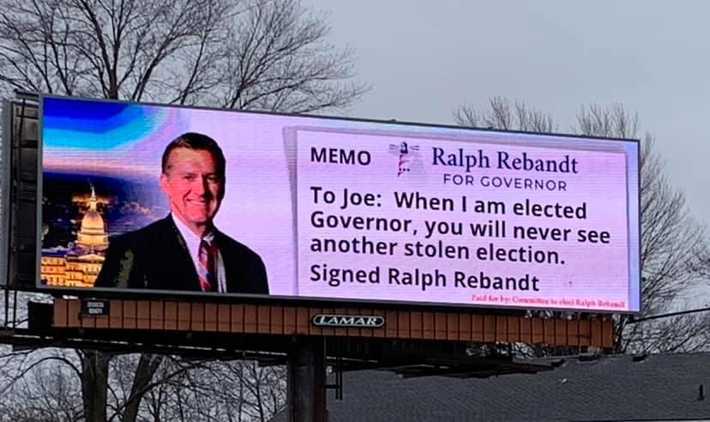 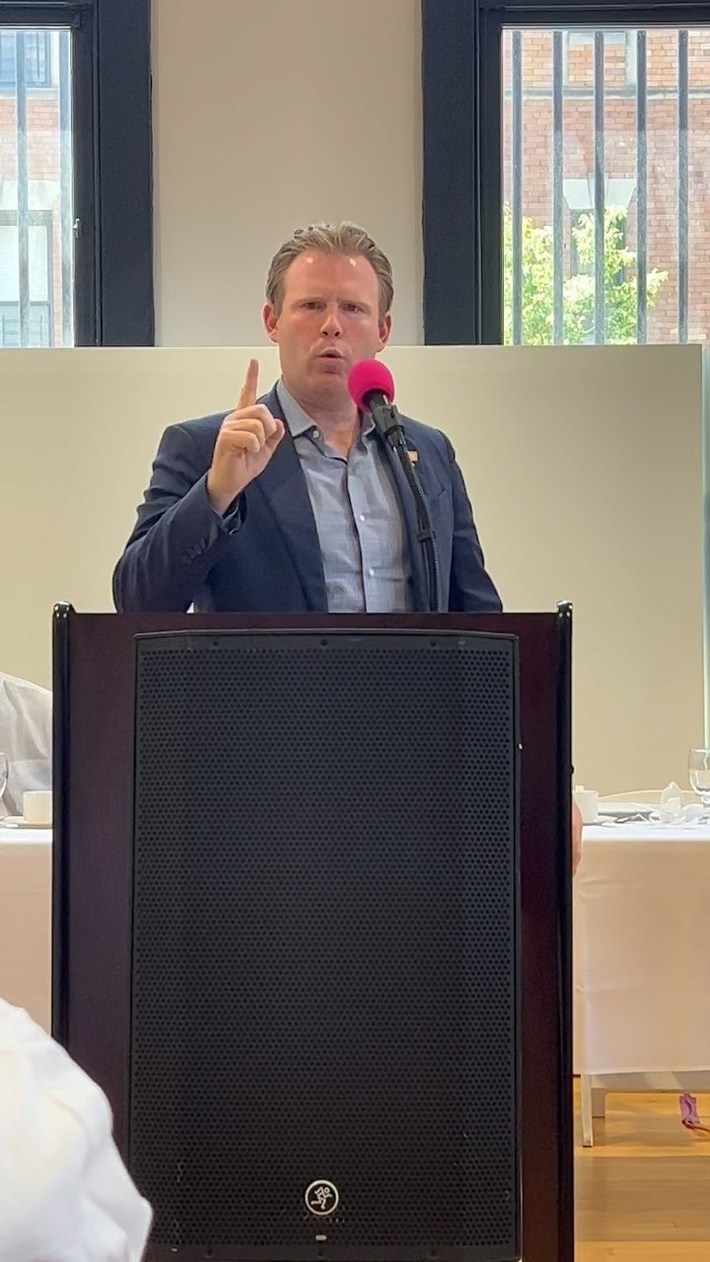 I. Utilize leverage over state assembly and senate to ensure full repeal of bail reform

III. Add resources to stop subway and train crime immediately as governor with majority control
of the MTA Board

New Yorkers and businesses are fleeing the Empire State because our quality of life is under assault. Andrew can turn around the unprecedented three-year spike in violent crime by empowering fully-staffed and fully-funded police forces around the state.

Over the last year, there has been a national push to “defund the police” with the empirically unsupported idea that the police are systemically racist. This vitriol toward our law enforcement officers is dangerous not only for our police officers but for the New Yorkers who depend on local law enforcement to defend their neighborhoods from criminal activity.

In practice, proactive policing is verifiable as one of the most ef 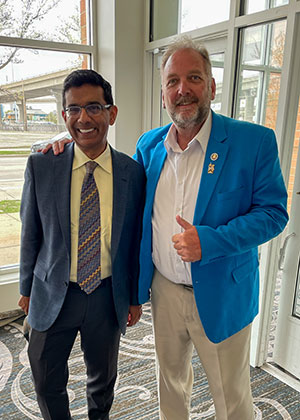 We are blessed to live in a country framed by brilliant men, our Founding Fathers, who went to great pains and deliberations to construct a Republic that would protect life, liberty, and the pursuit of happiness for all citizens. When our Constitution is violated, we must reinforce and defend it, for the sake of not only America, but the free world and all of western civilization.

When laws are broken, we must prosecute the perpetrators. When corruption is at play, we must end it. When the Republicans encourage us to “move on,” and Democrats block justice at every turn, neither party is serving the people. Tim Ramthun courageously investigated claims of fraud and spoke the truth. He won’t stop.

Representatives are not supposed to consider themselves members of an exclusive club for their own benefit. They are elected to represent the people, and the people know there was outcome altering fraud during the 2020 election. Those who look the other way and have

Help me Save Georgia! 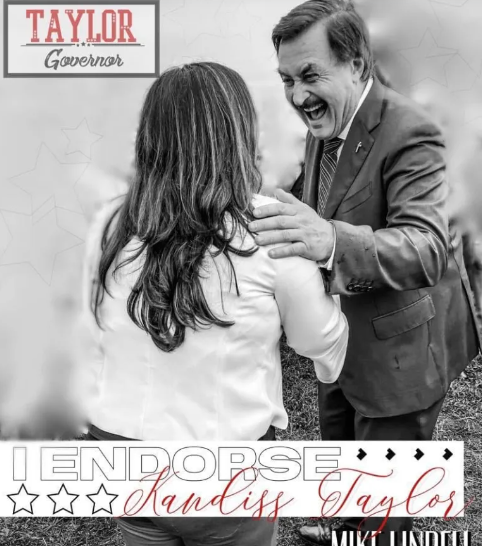 Critical Race Theory, Comprehensive Sex Education, and Social Emotional Learning have no place in our Georgia schools. These programs are rooted in oppression, making students feel victimized and uncomfortable. We must protect our children and establish a learning environment where they can practice patriotism.

As your Georgia Governor, I will ceaselessly defend the right to life for all children in Georgia, from the moment they begin to develop, and make sure that they have abundant opportunities to thrive in this beautiful state. Life begins at conception which is why I intend to not only criminalize abortion when there’s a heartbeat, but when there is any proof of pregnancy at all.

Our workforce is powerful

I intend to focus on Georgia Grown, infrastructure, and economic development across the state. One of the largest industries in our state economy is farming. Not only is agriculture