Article on the National Pulse, by Natalie Winters, March 3, 2021

This is over a year old but I just saw it today and wanted to share this with you.

“In the sixty-four-page order, Judge Jeff Weill not only calls for a new election but also finds evidence of fraud and criminal activity, in how absentee ballots were handled, how votes were counted, and the actions by some at the polling place,” local news reports.

The race in question – a Democratic primary – occurred in Ward 1 or Aberdeen, Mississippi for the position of alderman between candidates Robert Devaull and Nicholas Holliday.

The judge’s ruling revealed that sixty-six of eighty-four absentee ballots – nearly 79 percent –  cast in the June runoff were fraudulent.

Notary Dallas Jones, responsible for authorizing the fraudulent ballots, testified that she notarized “about 30 something ballots” at one house alone.

Article by Jordan Conradson on May 21, 22 at Gateway Pundit. 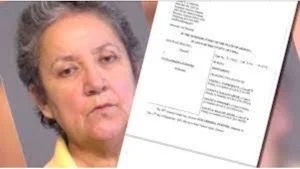 Law enforcement has conducted a raid on Yuma County nonprofit organizations connected to the ballot trafficking scheme discovered by Yuma County citizens and revealed in the “2000 Mules” documentary.

As The Gateway Pundit previously reported, The Yuma County Sheriff and Yuma County Recorder opened a new investigation into cases of impersonation fraud, false registrations, duplicate voting, and fraudulent use of absentee ballots.

The fake news media is already trying to deny everything. In a report titled, “The Yuma sheriff isn’t investigating election fraud because of

A top Democratic operative says voter fraud, especially with mail-in ballots, is no myth. And he knows this because he’s been doing it, on a grand scale, for decades.

Mail-in ballots have become the latest flashpoint in the 2020 elections. While President Trump and the GOP warn of widespread manipulation of the absentee vote that will swell with COVID polling restrictions, many Democrats and their media allies have dismissed such concerns as unfounded.

But the political insider, who spoke on condition of anonymity because he fears prosecution, said fraud is more the rule than the exception. His dirty work has taken him through the weeds of municipal and federal elections in Paterson, Atlantic City, Camden, Newark, Hoboken and Hudson County and his fingerprints can be found in local legislative, mayoral and congressional races across the Garden State. Some of the biggest names and highest office holders in New Jersey have benefited from his tricks, acco

BUCHANAN COUNTY, VA – A Democrat Virginia Board of Supervisors member was reportedly charged with 82 felony counts relating to election voter fraud, along with one alleged accomplice being charged with 12 felonies of a similar nature.

Bailey, who is apparently Adkins’ aunt, was charged in connection with the same scheme as well, with her being indicted on f