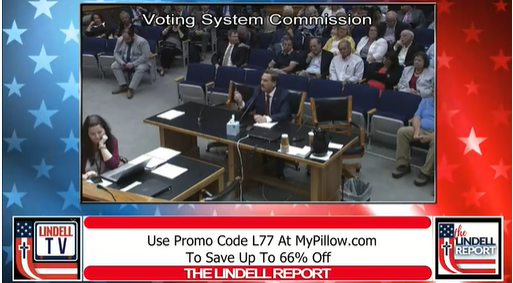 Mike Lindell testified to the Louisiana Senate Committee about the voting system. Mike testifies about how everything is computerized these days. Every machine has a flaw, and voting machines are no exception. ES&S (Election Systems & Software) testified earlier and Mr. Lindell points out something they overlooked.

ES&S was forced to sell Diebold to Dominion in 2011 by the DOJ (Department of Justice). On May 24th, from voting in Georgia,  one of the candidates had zero votes. The candidate thought this was odd, so an audit was held. Once the audit was done, there were 3762 votes for the candidate. The Secretary of State claimed it was a programming error in the machine.

In addition, the flaws also happened in Alabama and in Texas in the past few months. France in a recent election did a full hand count with 70 million votes because they banned machines from the voting process. Mike would like

Shows Kamala Harris saying we may need to go to paper ballots to keep our elections clean. A hacker talks about being called to Congress where he hacked into the voting machine in less than 48 hours, changed votes and was not caught. 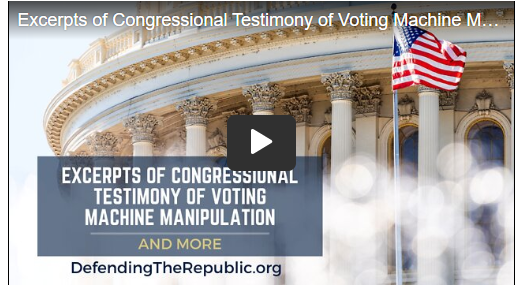 Colonel Shawn Smith is an Air Force veteran of 25 years experience. The former director and test manager for the operational testing of complex, computer-based weapon systems. He is a subject matter expert on the security of computer-based election systems.

4 minute video on Rumble in which he explains the dangers of electronic voting to Tarrant County.