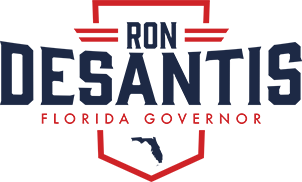 A native Floridian with blue-collar roots, Ron attended Dunedin High School and worked his way through Yale University, where he graduated with honors and was the captain of the varsity baseball team. He also graduated with honors from Harvard Law School. While at Harvard, he earned a commission in the U.S. Navy as a JAG officer. During his active-duty service, Ron deployed to Iraq as an adviser to a U.S. Navy SEAL commander in support of the SEAL mission in Fallujah, Ramadi and the rest of Al Anbar province. His military decorations include the Bronze Star Medal for Meritorious Service and the Iraq Campaign Medal. 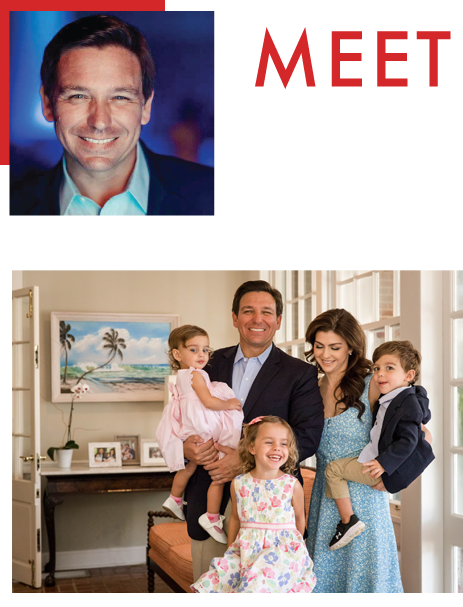 Ron also served as a federal prosecutor, where he targeted and convicted child predators. He was elected to Congress in 2012 and advocated for congressional term limits and a balanced budget amendment. He also spearheaded oversight efforts to expose malfeasance in the IRS and in agencies involved in abusing their authority during the manufacturing of the Russia collusion conspiracy theory. Congressman DeSantis was also a leading champion for America’s veterans and helped enact reforms to the VA and place an emphasis on mental health.

Ron is married to Casey DeSantis, an Emmy Award winning television host. Together, they’re the proud parents of their daughters, Madison and Mamie, and their son, Mason.

On The Issues is a website that may or may not be America First friendly. For one thing it calls pro-life, anti-choice. There are loaded words but still does a great job on presenting quotes with issues.

Defend Florida is a grassroots, citizens organization. We are not incorporated, we are not a non-profit and we do not fundraise.