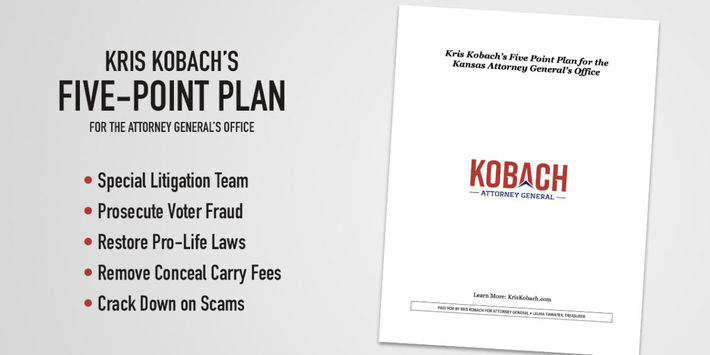 “On a host of issues from vaccine mandates to attempts to restrict our Second Amendment rights, the Biden administration and its allies in Congress have disregarded the constitutional limits on federal power. The most important officer who can fight back against such unconstitutional actions is a state attorney general,” Kobach said.

The former Kansas Secretary of State announced a Five Point Plan for the Kansas Attorney General’s Office. The plan outlines his commitment to Kansans and the experience he will bring to the AG’s office to help accomplish the plan’s initiatives.

Kobach will prosecute voter fraud as the next attorney general, according to the five-point plan.

“As Kansas Secretary of State, I drafted the 2011 law t