"I work for you, and your priorities are my priorities."
—GLENN GROTHMAN 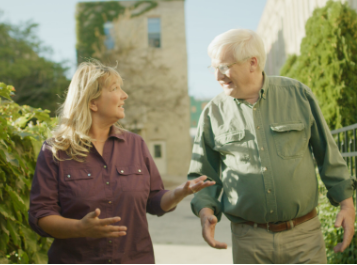 Glenn Grothman is honored and proud to serve the people of Wisconsin’s 6th congressional district.

Now in his fourth term in Congress, Glenn was first elected to Congress in 2014. Serving on the House Oversight and Reform, Budget, and Education and Labor Committees, Glenn has been fiercely fighting to protect and create Wisconsin manufacturing jobs, advance welfare reform, secure our borders, and cut federal spending.

The 6th District has the most manufacturing jobs of any congressional district in the nation. Manufacturers have been facing many challenges from complicated and burdensome regulations to struggling to find workers with the skills to fill their openings, which has only been worsened by the COVID-19 pandemic. Glenn has been a vocal advocate for Wisconsin manufacturing and the over 80,000 6th district residents who work in this critical industry. When the pandemic hit, Glenn cosponsored The American PPE Supply Chain Integrity Act, which would require the federal government to purchase medical supplies and personal protective equipment from the United States. This bill not only ensured the protection of frontline workers and American lives, it created jobs and restored faith in the American workforce.

As hundreds of thousands of illegal immigrants cross our southern border, Glenn has played a leading role in Congress by spearheading a number of bills to help keep us safe. For example, Glenn has sponsored a bill that would require an individual to be a United States citizen in order to receive welfare benefits, such as Medicaid and Medicare. Glenn knows that America’s welfare safety net cannot be compromised, which is why he is fighting to ensure that it does not become a magnet for illegal immigration.

Before serving in Congress, Glenn served residents of Wisconsin in the State Assembly and then in the State Senate, rising up the ranks to serve as Assistant Majority Leader. In state government, Glenn fought for economic growth legislation and tax reform. In 2011, he authored Wisconsin’s Manufacturing and Agriculture Production Tax Credit, which protects “thousands of Wisconsin factory and farm jobs.”

Prior to serving as an elected official, Glenn was an attorney practicing in estate planning and probate, along with being a tax preparer. He remains one test away from being accredited as a Certified Public Accountant. Glenn intimately knows the tax code, and what changes are needed to unleash the American workforce.

Glenn grew up in Thiensville and graduated from Homestead High School. He went on to earn a Bachelor of Business Administration degree in accounting and Juris Doctor from the University of Wisconsin – Madison. Glenn currently resides in the Town of Greenbush in Sheboygan County. 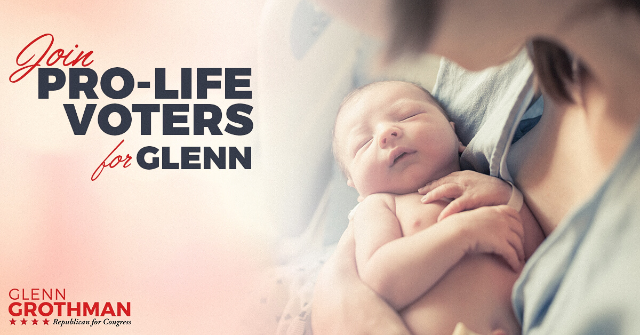 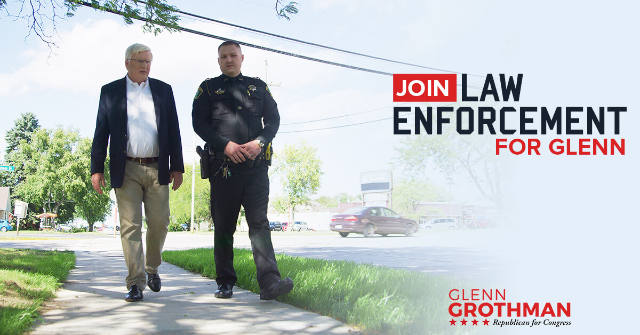 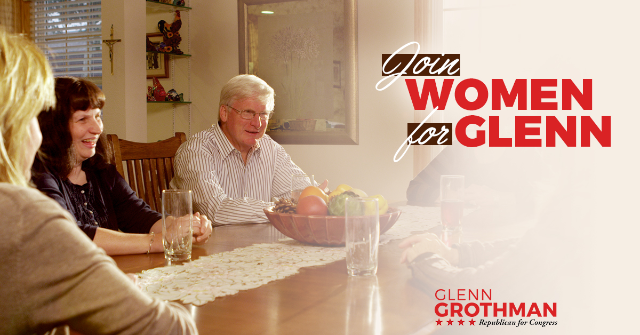 Glenn Grothman
Open borders are not humane. The Biden practice of gutting border security in the name of a more humane immigration policy has only resulted in more suffering.
Glenn Grothman
This is typical for House Democrats and the Biden Administration. Raising taxes in a time of stagflation is the most reckless thing you could possibly think of.  Working families will feel the pain from this in #WI06 and across the country.
_____________

All Americans should have the opportunity to achieve the American Dream regardless of their economic status. In America, being successful shouldn’t matter if you grew up rich or poor. Hard work, using your God-given talents, and playing by the rules should enable everyone to be as successful as they choose. Far too often, though, Americans are being trapped in poverty and are not able to move up to the middle class or beyond.

Unfortunately, many government programs designed to fight poverty are actually hampering upward mobility among those they’re trying to help. These programs must be reformed to allow Americans achieve their full potential. Reform of these programs can take on many forms, such as introducing more incentives and rewards for work, encouraging two-parent families, and discouraging damaging behaviors like drug use. I’m committed to reforming these programs to ensure that all Americans can be successful.

Now, more than ever, it’s imperative our military be at full strength. As we face threats at home and abroad, our military should have all the resources it needs to keep us safe. As your member of Congress, I have the duty to make sure that the approximately 44,000 veterans who live in the Sixth District receive the support and access to care they’ve earned. I’m working in Washington to hold the Department of Veterans Affairs accountable and increase the quality and timeliness of care. While the country faces many fiscal challenges, we must ensure that we take care of our veterans and make sure our men and women in uniform have what they need to keep us safe.

Before 2017, the federal tax code had not received a major update since the 1980s. It was bleak, bland and burdensome. Thanks to the American voter, Washington finally passed real, comprehensive tax reform that benefits middle-class Americans. The Tax Cuts and Jobs Act has led to record-low unemployment in Wisconsin, including youth unemployment at a 52-year low nationwide, wage increases, salary bumps, increased benefits, larger paychecks and greater financial security for millions of individuals and small businesses. The less the government takes from its citizens, the more money Americans can use to provide for their families, save for the future and grow our economy.

Ensuring that every child in America receives a great education is one of my top priorities. As a member of the House Education and Labor Committee, I am privileged to be on the frontlines of reforming education at the federal level. While the federal government does have an impact on education throughout the country, I believe the responsibility lies with the local and state government. With that in mind, most of my priorities on improving education here in Washington, D.C., are focused on removing the federal government’s grip on local schools and empowering parents and teachers to make decisions that are the best fit for their children’s individual needs in their local school districts.

When it comes to higher education, we are in dire need of reforms that simplify the student aid process, robust improvements to increasing and improving financial literacy among student loan borrowers, the ability to hold institutions accountable for degree programs with poor outcomes and low loan repayment rates and improved strategies for providing students with the information necessary to make informed decisions on where they can attend school, in order to ensure that students get the best bang for their buck. I have also shown my ability to reach across the aisle and have cosponsored bills with my Democrat friends to allow students to refinance their school loans.

We also cannot forget about career and technical education. Over the past several years, companies ranging from small businesses to large multinational corporations have experienced a significant skilled labor shortage. As a member of the House Education and Labor Committee, and representative for the Congressional district with more manufacturing jobs than any other, I have made it my priority to ensure that our children have access to a high quality education, which does not always mean a four-year college degree. By supporting job training programs, apprenticeships and career and technical education, we are increasing opportunities for young Wisconsinites to join high demand jobs that employers are eager to fill.
_____________