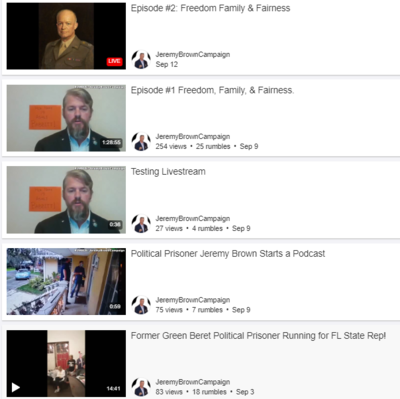 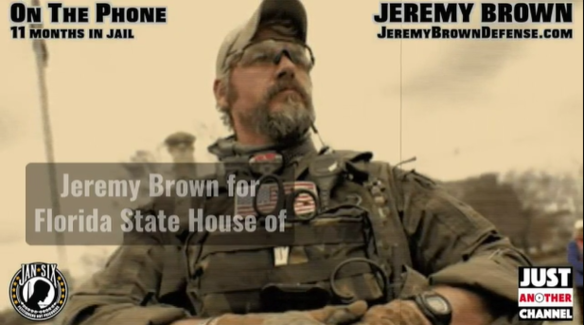 Our government agencies have harmed us.

I supported you and I will again. Three things must happen first.

If you will do this publicly, I will support you once again. AND I will offer to be FBI director, free of charge to the American taxpayer.

I will fix the FBI or smash it into pieces.

It is time to secure our legacies and restore our liberties.

Inmate 1875858 and candidate for Florida House of Representatives for District 62. 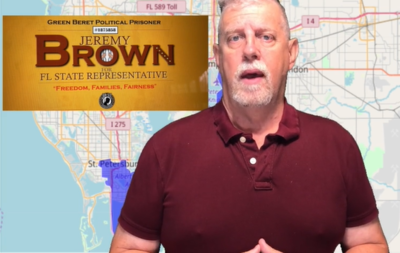 I am a product of the American Dream. I am a Retired Special Forces Combat Veteran and American who was born in Kentucky to a single Mom, raised in North Carolina by my World War II Veteran Grandfather, stationed across the country, deployed around the world and retired here in Tampa.

My military awards and decorations pale in comparison to my greatest accomplishment and reward: my five intelligent, talented, and caring daughters. Since retirement I built a small business and a wonderful new life in Tampa with my girlfriend and partner of over eight years. It is my love for my family, the Tampa Bay community, Florida, and America that motivates me to continue the fight for the promises of our Forefathers: Life, Liberty and the Pursuit of Happiness. Local government overreach has gone beyond anything we’ve ever seen. Our communities no longer feel safe with the rapid influx of illegal immigrants and expansion of programs like “Defunding the Police” that only harm our own citizens. It’s time to refocus on what made America great and return to our roots by restoring our Constitutional rights.

The family unit is being intentionally torn apart by aggressive programs aimed especially at minorities and paid for by our own tax dollars. Divisive programs like Critical Race Theory in our schools are turning children against parents. And gender-confusing tactics are being used to control our kids’ minds. These policies are destroying our local communities and must end.


All men are created equal, but are not being treated equally by our 2-tiered justice system.

We’ve evolved into a 2-tier justice system that treats citizens unequally based on how government wants us controlled even down to the local level. Our Sheriffs and local police have over-reached their authority and no longer follow Constitutional principles. This is causing undue and unfair burdens on those needing protection the most. This trend can and must be reversed.

It is time for Patriots, not politicians.

It is time for Winter Soldiers to stand up, not Sunshine Patriots.

I approve this message knowing damn well the FBI won’t but will not hesitate to use it in a compromised courtroom.

May God forgive us for allowing evil to advance. But, may He grant us the strength to overcome it.

Defend Our Union and Defend Florida is a grassroots, citizens organization. We are not incorporated, we are not a non-profit and we do not fundraise.