In response to Biden's Philadelphia Speech accusing half of America as a threat, DeSantis, Governor DeSantis of Florida points out some facts. He lists problems with the Biden administration policies: 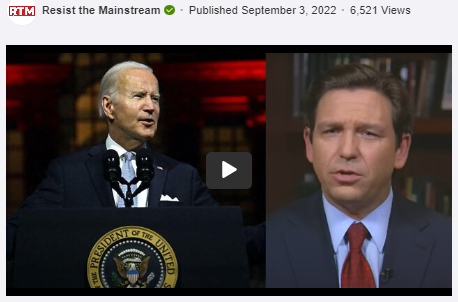 Biden is the "American Nero". Nero is famous for killing his mother, two wives, possibly being the cause of Rome's great fire, building the burnt part into his own palace, and blaming everything on the Christians. He increased taxes to pay for poor and inappropriate use of the nation's wealth.This lead to the killing of Peter, Paul, and many Christians. This he did before he died at 30. 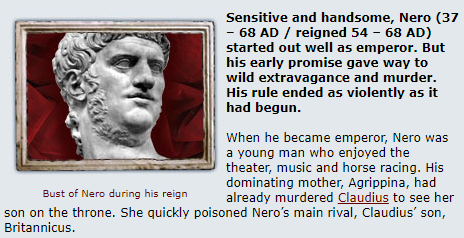 Our President is actually whoever the teleprompter writer is. He may respond to questions contrary to what he says in speeches and what "someone" writes for him on Twitter.

Whoever is in power is mobilizing our country to go against anyone they don't like. They want to control with mask mandates, vaccine mandates what businesses are open and even whether you can keep your job.

And it is even scarier because of the weaponization of 87,000 IRS agents. These agents will be sent after the half of America that Biden dislikes.

Biden has violated his Oath of Office:

How? Opened the border and the student loan bail out are two examples of not following the constitution.

Biden only believes in Republicans who agree with him. If you disagree with failed policies of his administration, you will not be "acceptable".

If Biden respected the military he would not be kicking out members who refuse the jab.

The Marines during the speech were nothing more than props. Further, Biden is using the military against people he doesn't like. 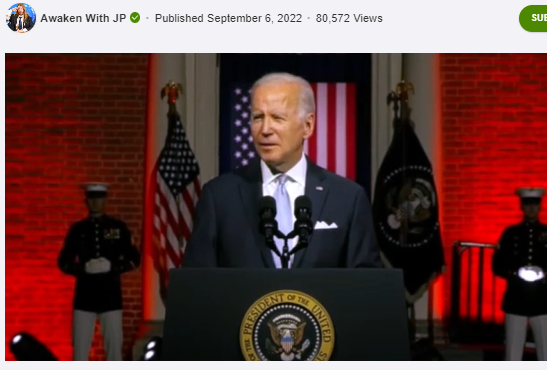 Republicans need to be aware and be ready to act against Biden's reactions to a "red wave".

The lockdowns during "the pandemic" forced students to lose the education they would have received. This was not just Biden, but blue governors, Fauci, and the teacher unions. We must wait and see the future impact.

What congress needs to do:

For a bit of humor!!! How to Stay Blue--No Matter What 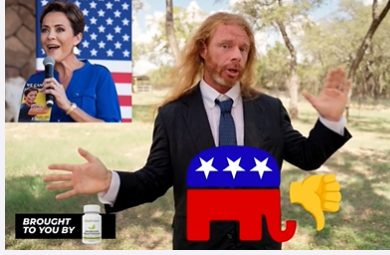 Taking out Half of America 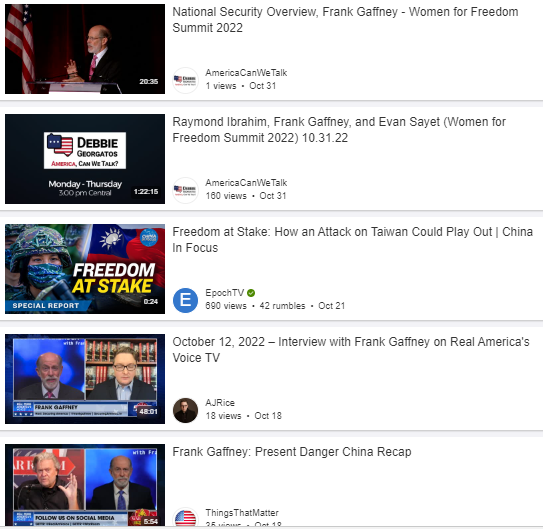 Is the Biden administration trying to portray MAGA Americans as a group that will eventually need to be eliminated? What needs to happen, what is happening, and who benefits (CCP). 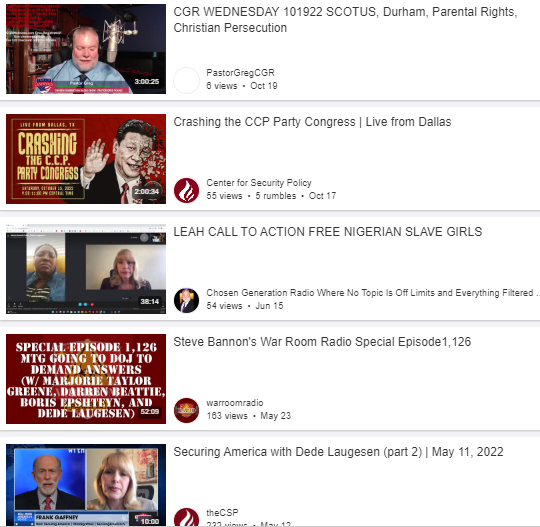 There are 4 necessary steps to persecution:

The group will have to watch what they say and do. This is already so in China in regard to the Chinese Communist Party. In America it is Biden and the radical left. 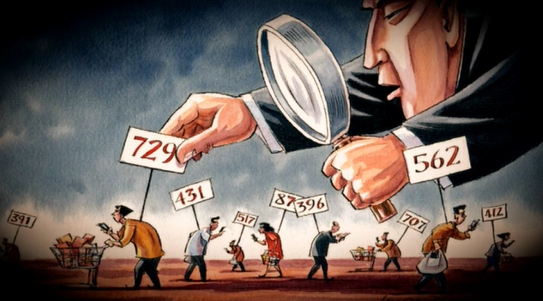 In 2016, God was removed from the Democrat socialist platform. In 2020, LGBQ rights declared to override religious beliefs.

CCP is enslaving their own citizens:

The persecution of Christians globally rising 60% in last 4 years. There are 361 millions heavily persecuted Christians. Christians are squeezed silenced, and then smashed.

We can not blindly allow the morphing of Christian persecution. Non physicial canceling can lead to violation, desecration, seizure, and destruction of religious buildings. This then can lead to violence against people and communities. 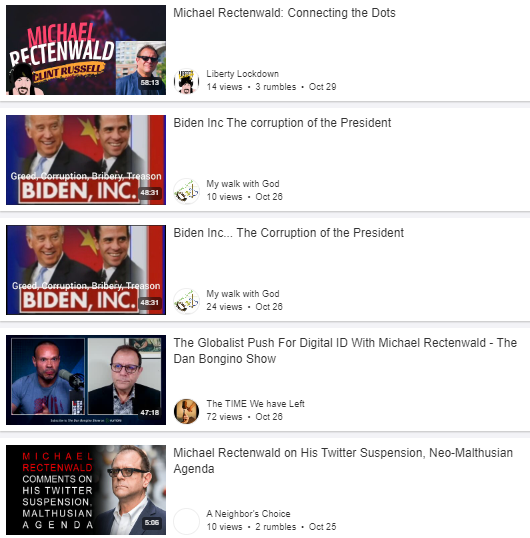 Not just MAGA. Not just Trump supporters. There is a wider swath of many people who believe in a way contrary to Biden administration.

These are portrayed as enemies of the state.

A former Marxist professor, Dr. Michael Rectenwald, believed in Marxism but became uncomfortable with what was being done. He was driven from his university and now is championing freedom.

Biden's speech comes off as intimidation with military and dark red lighting in a hellish looking scene. Biden denigrates MAGA and portrays them as someone who should be shunned and considered criminal.

The speech was typical of communist country leaders of the USSR, China. Deviationists were sent to Gulag or shot. New leaders were wanting to repress and eliminate all opposition.

The opponents are demonized, vilified and criminalized such as Jews during the Holocaust and Kulaks in Soviet Union.

Authoritarian regimes do this. Usually a coup gives them power and then they take out enemies. The only crime that matters is political crime. The leadership allows their followers to do what they will--such as burn, steal, and riot.

Communism comes into power with a dictatorship type party stance. Anyone that disagrees is separated and dehumanized.

Opposition must be made to look bad so that violence can then take them out.

So much violence was encouraged by bailing out rioters. Foot soldiers of leadership can do what they want and no law applies to them.

We must be peaceful--or else. 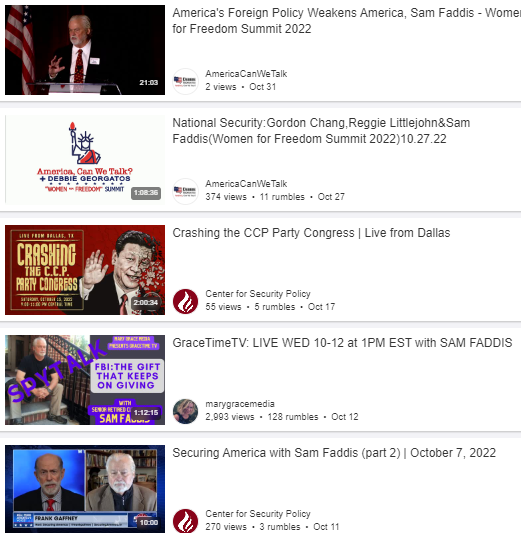 People could see the situation was turning bad but did nothing. Why?

Generally people thought that we may have some bad things happening but that over time everything will work out. Then suddenly people realised that there has been a coup and are trying to figure out what to do.

The Biden regime is dominated by Marxists who have taken over our country and they wish to destroy it. Not only wishing--they ARE destroying it.

No longer are they only in academia but they are in places of power such as our Intelligence, Law Enforcement, Military.

Now that they are in power, they are busy DESTROYING all opposition. They want to irradicate anything looking like our constitutional Republic and ANY means is justified.

While they are using modern technology, they are still solidly following the Communist playbook. Every part of the government is weaponized against anyone opposing this takeover.

Starting on day 1 with Joshua Geltzer (with more information), the man who defines domestic terrorism, set the tone for the new administration. If you oppose them, you are an extremist and you are perpetrating violence. Now recuperations can happen and no one will think twice.

This atmosphere is only spreading and getting stronger throughout the country. Biden's speech strengthened this with the dark red background, the military props, and angry rhetoric. 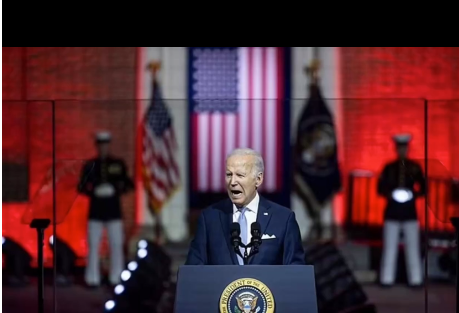 Happening now and as it has happened all over the world.

We MUST stand up to this immediately. They WILL arrest Donald Trump. They will arrest Congressmen. There will be martial law. Elections will be canceled.

You could wake up and see this tomorrow. Be aware. 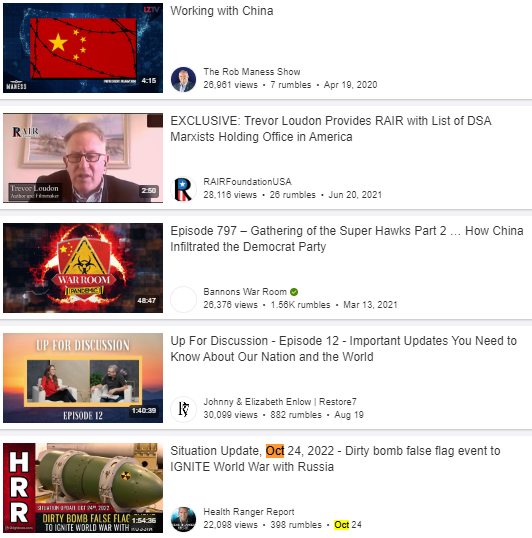 Who is connected in Congress to CCP? How do the Marxist in our country work with the CCP?

Southern Baptist most conservative, largest Protestent church and now it is being investigated for sex crimes. This is politically motivated.

The Democrat congressand the Equality Act. Pastors who will not hire gay youth pastors or perform gay weddings will be subject to massive lawsuits.

We have the pronouns and this came out 6 years ago at a small gathering and now it's everywhere. These programs come in from CCP and are put into academia, unions, political parties,

Most states have hate speech legislation which is used by Communists to supress opposition. Basically it is a thought crime. In fact, the Bible is against adultry and homosexuality and it can be considered hate speech. This makes Christianity a hate speech organization.

Christianity is a main target because it stands in the way of Communist takeover. Communist websites and organization are pushing the label "Christian nationalist" to be a horrific slur. Now we have the President and Congressmen doing this and hiding the fact that it started in China--CCP.

We are in a revolution in which people do not even know that we are and so are not fighting back. 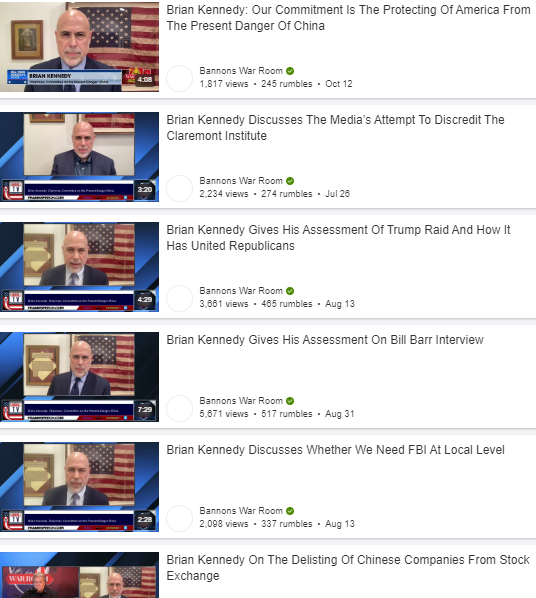 Biden is "othering" the MAGA movement. Also they are pushing "our" side to violence. What is going to happen if Trump is hand-cuffed? Will there be an excuse to shoot down the election.

We CANNOT be violent. We are going after free and fair elections.  Ballots NOT bullets.

Americans must become active in the election process as judges,watchers, deputies, workers. More eyes leads to a TRUE election.

Virginia had 95% of election openings filled. The lack of transparency is the biggest issue in our country.

Biden says that people that don't believe in the 2020 election should shut up and get over it. However, there is so much in doubt due to broad use of mail-in ballots, uncertaintity of machines, and more--over half the US believes it is possible the election could have been stolen.

It is the blocking of information that won't allow us to believe in free election.

They are provoking and we CANNOT fall for it.

So who saw the speech? Very few, even on the left. It appears to be focused on violent people to trigger them. BLM, Antifa are going to pick up on the message and be more of a problem at rallies.

Do not give in to radical jabs of Biden administration.

1. To Faddis: If Biden is trying to postpone elections--by provocation by the left how do we respond.  Yes, they have burned every American city for months and even a courthouse. Yes there were problems with the 2020 election--FACT. But if you point those out you are slurred with "election denier" and "domestic extremist". The election is now administered by the state and we just rubberstamp it.

2.  To Dede: What is happening in the branding of religious groups as negative parts of our society? Started 10 years ago, in the last year really picked up. Now it is is very common. Christians believe in charity and goodness to your neighbor, respect for traditional marriage, and leaving political agenda out of schools. As said before it is the Squeeze, Silence, and the Smash. It is the demoralizing, slurring, and people seeing the good things done by Christians but turnng it to be called bigotry and racism. We must defend Christianity abroad in order to justify defending it here.

3.  To Trevor: China hates Christians. Many groups working with China and people on the right like David French. What do we do about these people. (David French is a never Trumper who once seemed conservative but who believes in the Jan 6 committee, and calling the Florida legislator to ban sexually explicit materials in grades K-3 as an attack on Free Speech.) A lot of the Biden administration is bluff. There are way more of us than them. But they are trying to keep us from knowing this. Biden is distracting us by throwing everything at us--we cannot be fooled. And we cannot be violent.

4.  To Brian: Is Biden being protected by the press from the public? If something postpones our November 8 election, then what do we do?  Networks may have been protecting themselves from getting the televisions being turned off. If the elections are suspended we have to address this peacefully with congressmen who are still constitutional to demand elections and restore our public. Stop buying items.Don't go to work. Demand government step in. (Peacefully!) We are the majority and we can force this. We have to have the elections in our communitities.

All of the Biden adminstration have taken an oath to defend the constitution. With a justice department that is doing its job we can legally have consequences to this departure from their oath.

We continue to campaign for the old fashioned paper ballot election on the day of the election. Voters must be American citizens ONLY.

Civil disobedience may be necessary.

For more information about CCP's war with us. https://ccpatwar.com/ 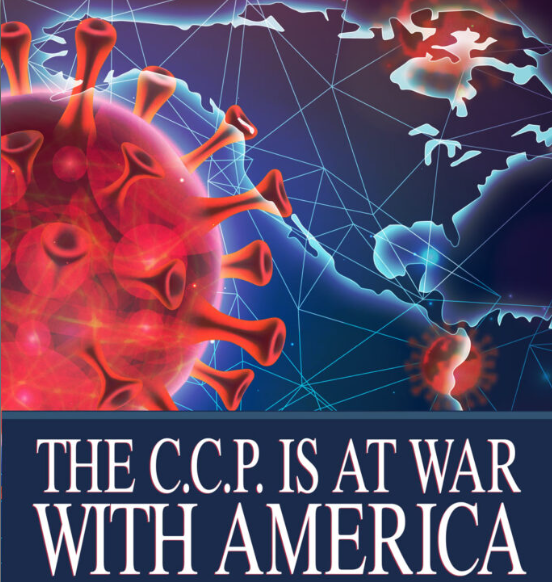