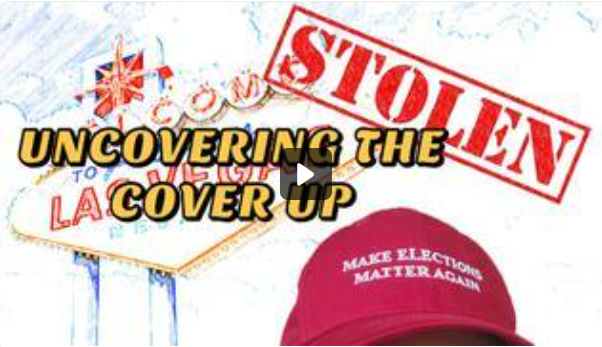 We knew they were going to cheat and poorly cover it up, so this time we were ready for it.

For 2 and a half hours (I’ve condensed it down to highlights here) voters and poll watchers testified to all the fraud that occurred during the Nevada primaries. Most notably, the DMV “changing” people’s party registration to non-partisan and sending out the wrong ballots en masse, there was absolutely no observation being allowed by poll watchers even though they had a court order to, and mail-in ballots were marked with what party they belonged to on the OUTSIDE of the envelope…which is illegal for obvious reasons.

Item 1: Public Comment by people who had witnessed fraud.

Item 3: Receive report from the Registar of Voters; canvass the returns of Primary Election; direct Registrar to submit a copy of the abstract of votes

After 2.5 hours of testimony on all the ways rules were broken...Joe Gloria is asked if all rules were followed and he responded. YES. All members certified the election.

The people were ready for rebuttal. Rebuttal, media, court.

It was a sham, but the fight continues.

It was immediately covered up by the Las Vegas Sheriff and subsequently buried in the media.

That same Sheriff Joe Lombardo just "won" the Republican primary Governor's race despite being so hated he cannot appear in public without getting booed.