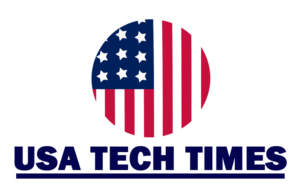 This article speaks more about the previous article: Kaboom Arizona Needs to be Decertified Now Jovan Hutton Pulitzer and does a wonderful job of summarizing the material and what occurred at the end.

Three types of lawmakers gathered for a historic forensic audit reveal of shocking results regarding the 2020 general election in Maricopa County,  Arizona. Current seated lawmakers (Senators – Congressmen), lawmakers seeking reelection, plus up and coming perspective lawmakers (those  viewing for Governor, Secretary of State and even Attorney General) who promise to find what is ailing American elections.The response from  the crowd was filled with gasps akin to a summer blockbuster horror movie and lawmakers could be shaking their heads in disbelief as the physical  evidence was presented.

Shock and awe would apply to the scene as well. Forensic science revealed it could confirm, after 3,000,000 tests, that 406,972 ballots had been  inserted into the 2020 general election in Maricopa County, Arizona. The presenting of the incriminating evidence was pretty straight forward. A  well-known tech pioneer combined computer vision, machine learning and artificial intelligence to ingest, map and extrapolate exactly what  happened with the 2.1 million ballots cast in 2020. The findings gleaned from the physical evidence of the ballots was then turned over to  mathematician Ed Solomon and the findings were confirmed. A massive insertion of predetermined ballots was used in Maricopa county in 2020.  More startling was the fact that 92% of those inserted predetermined ballots were cast for Joe Biden.

This technology breakthrough which could replace the antiquated way future elections are audited was also able to detect in excess of 10,900  counterfeit ballots used in the 2020 general election and even exposed a way that undeliverable mail in ballots can be “cracked opened” and  used in a criminal manner. Cracking a Ballot is voting a legal ballot in a very illegal way. Experts confirm this is the first time such advanced  technology has been used to audit election results and it stands a significant chance of eliminating nefarious opportunities which can be used to  rig elections.

The reveal to lawmakers maxed out a local Phoenix Hotel’s ball room and required two additional ballrooms to hold the overflow audience which watched the event unfold on large projection screens. Exit interviews show lawmakers, quite possibly for the first time, we able to connect the  dots between all the various ways elections can be compromised. There were 15 individual topics revealed in the 3-hour presentation which had  a 45-minute video overview and then took questions from lawmakers and the attendees. In attendance were various state and local enforcement  officials and federal law enforcement officials. However, the event ended with the shriek of alarms.

Just as forensic researchers were in the processing of naming locals’ officials and GOP party members who worked behind the scenes to  compromise the full forensic audit of the 2020 Maricopa County, Arizona general election alarms went off and security and bodyguards sprang  into action. The tech pioneer who created this new way to audit elections, called Kinematic Artifact Detection, previously had already been shot  at, had to go into hiding and barley survived a bioweapon attack seemed to be under assault once again. The ohs and ahs of the attendees turned

to panic when a battery of alarms and electronic voices rang out telling attended to immediately evacuate the building.

Security sprang into action and bodyguards removed the VIP’s and the building began to be searched for the source of the crisis. In the end, it  was determined bad actors who did not want this forensic audit findingsrevealed shut off power to the kitchens ventilation systems while turning  on all the gas burners on high. As grease smoke quickly clouded all exists and hallways (and just as the grease was about to catch fire) the terrorist  act was discovered and the gas stoves were shut off, averting potentially a large fire which could have claimed hundreds of causalities.

One Fire Started Another Fire

The intentional fire did not stop the attendees from being on fire about the evidence revealed. AS result of the forensic reveal and debrief, Arizona lawmakers vowed to fight harder for election integrity. The reveal of the facts was concrete, hard hitting, and easy to understand.  Although other states promised full forensic audits of the 2020 elections, they all went out like a weak candle flame. The question remains, with  Arizona being the only full forensic audit of a general election will the evidence it uncovers be enough to get lawmakers and voting citizens finally  on the same page?