The first link by Real America Voice starts the actual presentation at 53 minutes in.

The second link by RSBN starts the actual presentation at 1 hr, 12 minutes in. 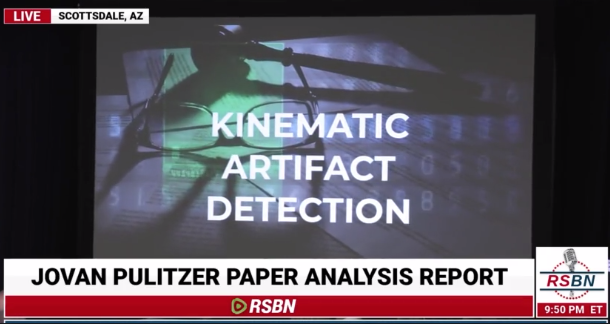 Dustin Nemos has cropped to the actual presentation on UGETube to start at the beginning.

PAL Bulletin: I have never seen a presentation like this. If all of the information that Jovan Hutton Pulitzer has just shown is true then it is time for we the people to take action. People need to be arrested if evidence can be shown to sheriffs or also the military that these politicians are guilty. The Deep State also made an attempt for this presentation not to be aired. All the channels that were broadcasting all were knocked offline all at the same time. Share this video with absolutely everyone. The end of the presentation is the most stunning in my opinion. Thanks also to Right Side Broadcasting Network and RealAmericasVoice for airing this live and additionally sharing the video.