It's all about the TRUTH.  And a few other things...

Marjorie Taylor Greene just tweeted, We've lost the information war. In a 2.5 minute video she mentions the purposeful division in our country.

Truth is the problem and the solution. The cockroaches in our government scurry in the darkness.

The idea is to keep them honest.

Watchers must go to every board meeting and publicize what happened.In the Bible, Book of Ephesians, Chapter 6--Advice is given on how to be strong in God's power. This starts with standing firm and covered in protection. First wear a belt of truth. Our chest is protected with righteousness. This is that we are doing the right thing for the right reasons. Our feet are covered in readiness, knowing the story of peace. We hold onto faith as a shield which kills evil attacks. Our heads are protected by salvation. We fight with the Spirit, which is our sword, God's word. Pray, request help, be aware and ready. Always pray fo each other.

We Can Fix It! 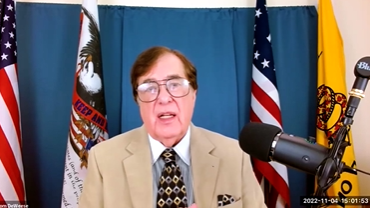 Excellent Interview by Glenn Meder of Tom DeWeese of the American Policy Center.

Local is where it's at. We have to become active locally and take back our counties. If we don't become part of the government, we will get more government.

Researchers need to find out who is bringing policy and make the politicians feel the pain of their decisions.

Watchers go to meetings and listen and get a feel for who leaders are and upcoming decisions.

Spokesmen--good at speaking. Representatives of multiple organizations. So more power. I represent so and so... But I represent another...

Pick an issue to fight. Keep it simple. Go to meeting. Next day is most important--keep fighting. Dig in! Don't stop.

Exactly--we don't know how!! 200 seat warmers in city council. Hold a sign in demonstration. It's a START.

We need to expose the one guy who is pushing something, where are they getting their money AND knock that guy out. Baby steps. One at a time.

Stop sleeping and start researching into the TRUTH! Conspiracy theorist--someone who knew before we did. Don't accept what you hear.

Question and protest policies of TV and phone listening to you. Pull that capability. Don't allow your devices to listen to you.

Protecting finances--Ask politicians--do you support....? There is a question form such as property rights--- do you agree with this and have them sign it. Use signed form as a weapon.

Create a freedom pod. Leave your home, join with people who agree with you in the community.

You are not helpless. Do NOT give up. ALWAYS protect property rights. This helps all citizens.

Boards work for you, don't let boards tell you what to do. Boss the boards.

It is a crime if someone's private property is taken from them.

It is a good idea to pull your assets out of government control to where you control them. Form an underground economy. Perhaps form your own currency with those around you.

People do what they have to do to survive.

Problem--citizens are losing rights, property, and cash. Those that work are supporting those who choose not to work.

Problem--we elect people but do not hold them accountable

3. Give money to those you believe in; fed, gov, supreme court, state;

Get rid of RINOS

ACTION PLAN FOR IMMEDIATE CHANGE to counter the corruption & censorship by media/tech/finance/pharma giants and politicians:

1)Cancel Cable ,Satellite,or Streaming TV bundles (All channels should be made available individually so consumers don't have to give money to channels they don't want to)

2)Do Not donate money to politicians & consider boycotting companies that give them money or pay them for speeches. Boycott Facebook,Twitter,Google,Amazon,Apple,Netflix, Microsoft,Paypal and other big tech/media/finance/ pharma companies. Consider selling shares of big tech/media/finance/pharma stocks and funds and invest in the best pro-freedom companies you can find ,such as Rumble.

3)Bank with small local banks. Invest with brokers like Interactive Brokers whose founder Thomas Petterfy publicly warned about the dangers of Socialist/Authoritarian government and TZERO which was created by Overstock & founder Patrick Byrne to stop naked short selling and enable same day trade settlement. Buy from smaller local stores and pay with cash.

7)Use Linux OS like Linux Mint or others on your PC rather than Windows, Mac or Chrome OS (Almost any PC can be switched to Linux & Linux is free)

Use degoogled Android phone or flip phone rather than iPhone or Google Android Avoid a "smart" TV and use a dumb TV Use a Linux mini PC on your TV for video streaming/web browsing rather than smart TV apps/roku/apple TV. Turn off WiFi on smart TVs.

7 steps to Save Our Elections

4. deposit large volumes of ballots at one time. The “Emergency” and “Satellite” centers are known locations to accept massive ballot dumps. They have little in-person voting but end up with bins full of mail-in ballots that were dropped off. It’s important to have eyeballs on these locations and to disrupt any “bulk ballot delivery”. A bizarre USPS court ruling two days before the 2020 election led to people in plain clothes dropping off trays of ballots at vote centers in swing States.

5. Ballots that many call “return to sender” are actually named Undeliverable-as-Addressed (UAA). These authentic blank ballots are to be returned to the jurisdiction. They are huge numbers that seem to disappear in almost every major county. A tray with just 200 UAA ballots can be worth as much as $4,000 to bad actors. Keep a damn close eye on these in your jurisdiction. This Lake County, FL official is next to a full rack of Voter postcards that were all undeliverable (UAA).

7. hree separate PDF checklists to help election workers create “Incident Reports”. These are specific to Polling Places, Voter Experience, and Machine Testing. More importantly, they show GOP staff what areas to look out for. All 3 checklists and training videos can be downloaded at this website. There’s also a video on how to customize the form to your county or State.

Tea Party Patriots – Allows you to sign up and choose from 14 interests. One of the better.

GOP Victory – This is the RNC. Shows meetings across the U.S., post events, and more.