I Will Stand Up for the People of Tennessee and our Great Country! “The Right to Bear Arms.  A well-regulated Militia, being necessary to the security of a free State, the right of the people to keep and bear Arms, shall not be infringed.”

As your Representative, I will not vote for ANY legislation which erodes YOUR right to bear arms.  Likewise, I will stand resolute in funding any agency whose job it is to enforce laws which are on the books and work to defund those agencies which do not, including withholding federal funding from cities and states.

Perhaps no more important time since our nation’s founding has this been such an important issue.  With the Leftist Progressives shouting (and denying) “Defund the Police,” the civil society’s first line of defense, while failing to denounce actual violence, vandalism, arson and theft much less take actions to stop such crimes, the next thing they demand is for you to not take the initiative to protect yourself, your family and your property- castle doctrine.

I am a member of the NRA and believe that I have the right to bear arms.  I will not support any efforts to take guns away from law-abiding citizens, including gun registry or limits on accessories.  Sealing my resolve is the inaction of so many cities who do nothing but turn a blind eye to gun violence- unless it fits some social justice narrative.  Let them prosecute and lock away those who commit armed crimes, from robbery to assault to homicide.  Certain deterrence and punishment (consequences) are the only answers to increasing crime.

A review of history will reveal that the first steps in any sort of tyrannical government is the disarming of its citizens.  Why is that?  President Biden has commented that what are a few arms against an F15?  Is that a threat? Did Beto O’Rourke threaten US citizens with a nuclear weapon?  You can be sure that this is a huge issue, and the Left will make any argument, incorrect to fantastical, to get their way- and your guns.  The problem with crime in our country is not law-abiding citizens with guns.  It is criminals who are let out to commit crimes again and again. I will work hard to get the facts on guns and crime in full view of our citizens.

Challenge yourself to watch Mel Gibson’s The Patriot and see who the militia were.  Are YOU a patriot?  What are YOU willing to do to save and rebuild our national character?  What are YOU willing to sacrifice for your nation?  Could a Democrat have said, “Ask not what your country can do for you, but what you can do for your country”?  Anymore that thought seems absurd.

Challenge yourself to purchase a legal firearm and complete training.  Education is essential, which includes gun safety for your family, too.  The more people that are armed, the better chance of stopping crime and protecting ourselves from federal government take-over. 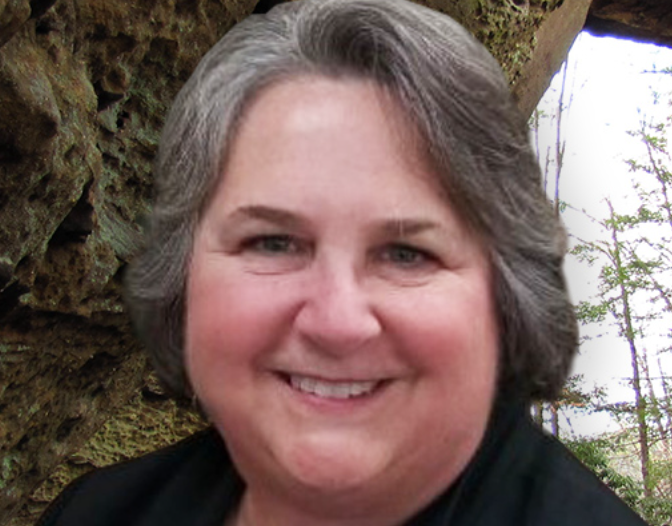 “Freedom of Religion, Press, Expression.  Congress shall make no law respecting an establishment of religion, or prohibiting the free exercise thereof; or abridging the freedom of speech, or of the press; or the right of the people to peaceably assemble, and to petition the government for a redress of grievances.”

I will actively call for free speech, no matter how ugly or offensive.  Likewise, I expect honesty in debate, not the acceptance of lies and falsehoods as a matter of course.  I will explain my decisions to my constituents so they can understand the full argument for or against something, giving as much time before issues are voted.

A giant leap over the red line of First Amendment took place in mid-July when the White House declared partnering with Facebook to flag and/or remove “misinformation” on COVID and “vaccines” while working to block users from other “social media” platforms.  ABSOLUTELY NOT. Thanks to that egregious step, almost no other comments are necessary, it is just that clear.  I will work hard to make sure these damaging policies and actions are reversed, and our government follows our first amendment rights to free speech and expression.

Challenge: Yes, challenge those who would say you have no right to speak because you do not agree with the “party line.”  The argument can be as simple as this: “People are no better than animals, right?  And that because I am a (woman/man, white/POC, young/old, whatever…) my opinion does not count, right?  WELL, then, by YOUR OWN standards, YOUR opinions do not count for me, and I can disagree with you as much as you disagree with me.  Convince me with the facts, but if all you have is name calling, then I am done.  That is the most basic one.

Return to the Constitution

“The Constitution establishes a structure of government without offering a defense of the principles that undergird it.  For that we must look first to the Declaration of Independence and also to The Federalist… If a republican government could not work here, how could it work anywhere?  Reflecting and choosing will not matter if the finished product is not right.  Americans must not only choose, but choose well.”  Timothy Caspar in The U.S. Constitution: A Reader.

I will make my voting decisions based on the Constitution, not on popular opinion.

There is too much being shouted without substance that it must be ignored- like a parent ignoring the tantrums of a spoiled child.  There is a system of government, a democratic republic to which we must adhere.  This is not a republican democracy, where we are treated to the spectacles of squeaky wheels getting the grease… career politicians ignoring what is constitutional, spinning words to make it appear so, getting their palms greased by lobbyists guiding policy, which is being given the stature of law instead of it being a principle.

Challenge yourself, again, to read the Declaration of Independence and the U.S. Constitution.  They are clearly written documents and lay the foundation for this nation.

Challenge yourself to take any issue presented as fact by corporate media.  Argued  the issue itself- Constitutional or not.  Under the purview of the Constitution the issue should probably best be made by the individual or the State. The federal government should be doing as LITTLE as required, not as much as it can get away with.

The Economy and Spending Reform

The largest inhibitor to private enterprise is the US Government.  Nowhere in the Constitution is business or industry mentioned, and what governmental involvement is listed in Article 1, Section 8-

We citizens are expected to maintain our budgets.  The same for businesses.  Why is it OUR money which the federal government takes from us, is used on so very many other things which are NOT enumerated in our Constitution?  That makes that spending UN-Constitutional, and it must stop.

I like bacon, but I do not like “pork.”  I will work to keep bills clean and without earmarks being added which have NOTHING to do with the spending.  I will work to do my duty to pass a budget and avoid the lazy and habitual “continuing resolutions.”  That is a dereliction of duty for members of the house.  I will not vote for special projects, even in our district or state.  I will be the vote of NO.

The Post Office must maintain its own sustainability. Private industry is competition, sure, but if they fail, then they should no longer be funded for failure.  Mail and package delivery.  Not domestic spying… not managing mail in ballots.

I will strive to defund agencies which are anti-America: the Department of Education, the National Endowment for the Arts, National Public Radio, etc., for starters.  I will work to eliminate Federal Flood Insurance for those barrier island mansions which are rebuilt by YOUR tax dollars after tropical storms.  (How easy is it to get to the beach when that is all “private property” paid for by your tax dollars?  Who zoned and permitted those barrier islands as residential where any regular insurance company would refuse coverage?)

People have the right to address their grievances with their elected officials, but the meteoric growth of federal agencies with regulatory powers has become a behemoth against which no citizen can appeal or win, nor do the elected “representatives” have the responsibility, having abdicated it to the very agencies it created.  The monster has overtaken its creators.

The government has involved itself in the regulation of business to the very detriment of those businesses. With circular thinking that spirals itself downward, regulations strangle business, while taxing them beyond mention.  For example, each consumer wants to get the best value for their dollar spent.  Each worker wants to be protected.  Each business wants to make it maximum profit for shareholders, expansion, security.  But step in the government.  Companies are compelled to comply with OSHA standards- it is the law.  Depending on the industry the EPA becomes involved.  While good for the workers and good for the environment, the cost is great to the company.    To increase profits and avoid regulations, manufacturing is sent overseas where a great profit can be made.  In those overseas companies are people doing the work for far lower wages than our standard of living expects, without the same worker or environmental protections our nation demands.  We have a lower quality product, we silently or possibly unknowingly endorse slave labor or horrid working conditions for which this nation put in standards, and the environment of another country be damned.

I will work to abolish or scale back many of the regulatory agencies, as well as cutting or eliminating many of the agencies which would be better managed by private business.  Likewise, the must be stronger anti-trust laws to avoid the monopolies that are insidious.  Most of all, we must divest our interests in China.

Do we want our lifesaving drugs manufactured in a country which is our enemy- as any hostile Communist country should be?  Do we want sensitive technology based on corrupted chips manufactured by a country willing to spy on and persecute its own citizens when we are the enemy?
We must have OUR interests at the center of our economic decisions.  Workers must be free to work where they choose, in a company that opts to be better by doing the right things for the workers, the environment, their own interests, and thereby our nation.

Challenge your representatives to defend his or her vote, which is supposed to be YOUR vote!  YOUR money is being spent; it should be with your consent.