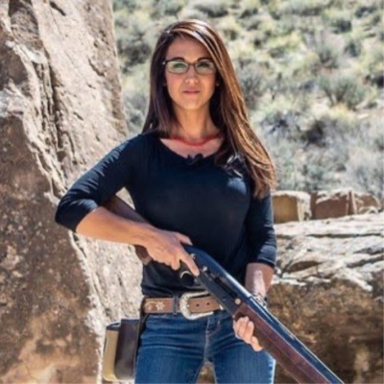 Most of Colorado’s congressional delegation subsists in a state of obscurity. Then there’s 3rd Congressional District Rep. Lauren Boebert, who breaks the mold.

Though her mildly bombastic style keeps conventional Republicans on edge, this Western Slope business entrepreneur stands as Colorado’s first nationally relevant politician since the era of Sens. Bill Armstrong and Gary Hart, and Gov. Dick Lamm in the ’70s, ’80s and ’90s.

Her clear and concise messaging commands attention, even when the media contextualizes comments to cast her as another version of Republican Georgia Rep. Marjorie Taylor Green or Democratic New York Rep. Alexandria Ocasio-Cortez.

Boebert’s communication style more resembles that of Lamm, who never feared saying the unthinkable so long as he believed it.

Remember: “Elderly people” have a “duty to die;” society should scrap the Olympics; “multiculturalism” will destroy America; and we need to infuse “the ghettos and barrios of America” with “Japanese or Jewish values, respect for learning, and ambition.” His party and the media often fumed, but the electorate trusted him and his legacy endures.

Boebert’s friends and foes cannot contest her atypical formidability. A freshman Congress member who dropped out of high school and never attended college, Boebert single-handedly led congressional Republicans in a crusade against the Biden administration’s Disinformation Governance Board.

Boebert took charge and showed senior Republicans with traditional backgrounds how it is done.

When the Jankowicz appointment stalled, Boebert said “Scary Poppins is out of work and will no longer be able to censor conservatives as the Biden regime’s Minister of Truth.”

Though members of Colorado’s delegation have fought to keep Space Command in Colorado, Boebert has been most effective at putting a national spotlight on the conflict.

Moments after then-President Donald Trump chose to move the command to Alabama — to punish Colorado for rejecting him and reward a state that supported him — Boebert tweeted her objection. Never mind that Trump had only recently endorsed her, she blasted him anyway.

“Colorado is the only home the US Space Command has ever known. Russia & China are developing dangerous threats to our satellites and a strong space defense is necessary now more than ever. I want an investigation into the possible political motivations behind the proposed move,” she tweeted.

When Salon.com wrote about Space Command in February 2021, it headlined the story “Lauren Boebert calls for probe of Trump — for moving Space Command to Mo Brooks’ district.” The article explained, oh by the way, how the rest of Colorado’s delegation shared her objection.

In two years, Boebert has made herself the prime sponsor of a remarkable 32 bills that will gain traction if Republicans win control of the House in November. A few examples:

• “Trust the Science Act,” HR 7766, requires the secretary of the Interior to reissue regulations removing the gray wolf from the endangered species list.

• “Protecting Free Speech Act,” HR 7641, “To terminate the Disinformation Governance Board of the Department of Homeland Security…”

• The “Active Forest Management, Forest Conservation, and Wildfire Prevention Act,” HR 4302, which would improve fire mitigation and attack beetle kill in the forests.

Boebert relates to average, hard-working Coloradans like no one we have seen. Boebert’s newest campaign ad features her winning a recent demolition derby in a pink sedan emblazoned with “1776.”

Her voiceover says “no matter what, stay strong. No matter what, be brave. With freedom comes the opportunity to live our very best lives.”

As documented in this space, Boebert’s opponent — state Sen. Don Coram — has spent most of his time in the Colorado Legislature passing laws that personally enrich him.

His multimillion-dollar hemp business is known for selling products that contain illegal doses of psychoactive THC. He helped cause Colorado’s deadly spike in fentanyl deaths by voting to reduce penalties for possessing enough to kill thousands. If it promotes drug abuse, Coram is for it.

While Coram has abused his office for personal gain, Boebert fights for energy, families, children’s health, better transportation, and all that is good for Colorado. District 3 primary voters should nominate Boebert for a second term.

The Gazette Editorial Board