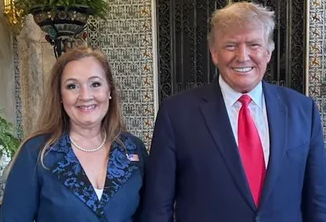 Let's Save our Country!

Together Let's Save America!


As a Conservative my focus is on less Government and less Taxes.

Some key points on our Platform include:

We need honest and fair elections to restore faith and trust of the American People. 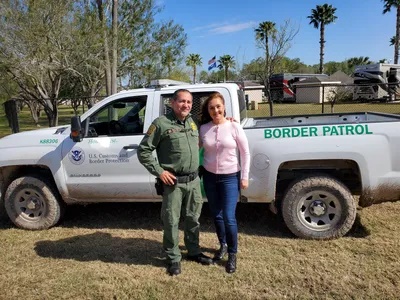 Election Integrity is a topic that concerns many Americans. Swaffar For Congress has been working with brave Floridians from Defend Florida and Captain Seth Keshel who is presenting data proving anomalies in the 2020 Presidential Election. We have watched the Patrick Byrne movie ‘The Deep Rig,’ watched many of the Mike Lindell videos providing evidence of voter fraud, spoke with Maria Zack regarding her investigation on the Dominion and ES&S machines and eagerly await Dinesh D’Souza’s movie ‘2000 Mules.” Based on the evidence seen so far, our position is that there needs to be a National Audit of the 2020 Presidential Election. We believe that most Americans want answers and deserves transparency in our election process.

There needs to be a National Audit of the 2020 Presidential Election. Many Americans want answers and all deserve transparency in our election process.

Article I, Section 4: “The Times, Places and Manner of holding Elections for Senators and Representatives, shall be prescribed in each State by the Legislature thereof; but the Congress may at any time by Law make or alter such Regulations, except as to the Places of chusing Senators.”

Article I, Section 4, gives state legislatures the task of determining how congressional elections are to be held. For example, the state legislature determines scheduling of an election, how voters may register and where they may cast their ballots.

“Congress has the right to change state rules and provide national protection for the right to vote. The first federal elections law, which included prohibitions on false registration, bribery and reporting false election returns, was passed after the Civil War to enforce the ban on racial discrimination in voting established by Amendment XV. With the passage of the Civil Rights Acts of 1957 and 1964 and the Voting Rights Act of 1965, Congress extended protection of the right to vote in federal, state and local elections.”

Any change in Election Laws can only be enacted by individual State Legislatures according to our Constitution. The US Congress attempted to nationalize the election process by submitting HR1 for Consideration.  We believe that HR1 was an unconstitutional attempt by those that want to steer elections and control the power of our government. We are pleased that HR1 failed.

Our Campaign has set up an Election Integrity Task Force.  Heading up our Task Force is Cheryl Henderson and Anna DeSenze.  Our primary goal is foster engagement by enrolling poll watchers for our Campaign.  We will have a dedicated telephone # available for anyone who reports suspected Election Integrity problems.

We need to take our Country Back and send Radicals packing. That includes Career Politicians!

Send Darlene Cerezo Swaffar to Congress and put a halt to the Progressive Agenda!  Swaffar is a Constitutionalist and 2A Advocate and will fight for your right to bear arms.

We need to send an army of America First Candidates with real business skills to serve We The People.

We need to focus on Decentralizing the Board of Education and bringing Education back to the States where it belongs, and where Parents are in control.  We need an overhaul of civics education in the classroom.  We need our children to learn that our Country was founded on Godly principles and that we were born with inalienable rights, and that power rest with the people, by the people, for the people.  We need to end CRT in the classroom and raise a generation of children that focus on character not color, that is encouraged by opportunity and innovation, that is inspired to have compassion and be greater than they thought was possible.

Why Send Darlene to DC?

Drug-infested Brooklyn, NY in the early 1980's was a tough place to grow up, but Darlene Swaffar is thankful for the experience. Navigating the mean streets of the notorious ‘hood taught the young woman how to survive and thrive through the use of critical thinking and compassion for others.  Today, Swaffar uses those skills like a superpower.

Darlene Swaffar is not a Politician.  If fact, she is not an establishment pick.  Swaffar has lived and worked in South Florida as an entrepreneur for the past 29 years, and she understands what every day Americans have to go through in their efforts to raise their children in safe communities while trying to earn a living. Now, she’s determined to do whatever she can to help make the American Dream a reality for her and her neighbors by running for Congress.

Best known in her Deerfield Beach community as “The Medicare Lady” ™, Swaffar runs a successful Medicare Health Insurance Brokerage firm. Her background is in economic development, accounting and finance. Her expertise in corporate recruiting, as well as mortgage and insurance, will be valuable assets in Washington. She’s also highly-skilled in project management, strategic thinking and problem solving.

Never one to back down, Swaffar intends to question government over-spending and bring issues that affect “We the People” to the forefront.

Swaffar is on the National Small Business Association Leadership Council, was Founder of South Florida First, Inc., and is a Board Member of Smartflorida.org