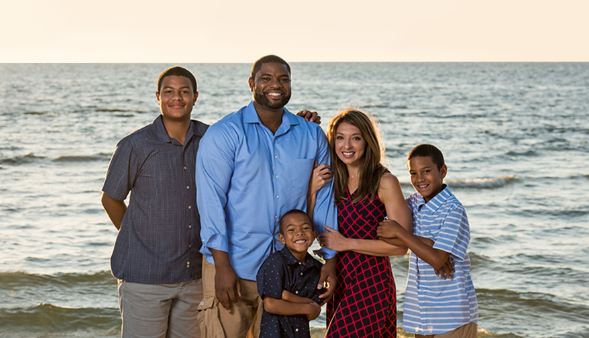 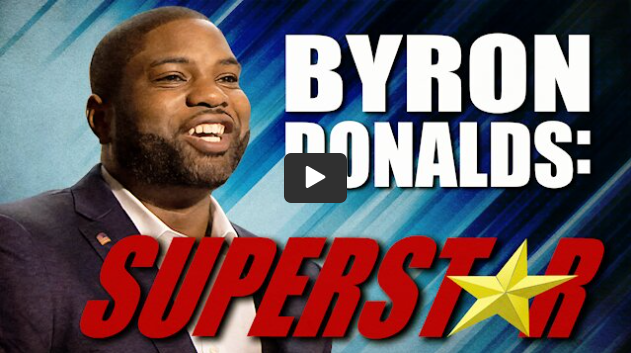 “While Democrats are losing the argument and reversing their positions over appropriate voter laws like requiring an ID, the DOJ is acting as the political arm of the White House with their baseless lawsuit against a recently passed election law in Georgia,” Donalds told the Daily Caller.

“It is unfathomable that the DOJ has injected its authority under the guise of civil rights by politically attacking a state operating within its right to pass election reforms. AG Garland is not interested in the so-called disenfranchisement of voters; if he and his team were, they’d file lawsuits against New York and Delaware, where it is harder for Americans to vote compared to states like Georgia, Florida, and Texas.”

A true limited federal government wouldn’t leave over $26 trillion dollars of unfunded liabilities as a burden to future generations, while continuing to spend and print money, it doesn’t have. In order to regain long-term financial stability in the United States, I will work to create a Balanced Budget Amendment, requiring both the House of Representatives and Senate to pass a balanced budget annually, as the majority of states, including Florida, already have. Awaiting passage of a Balanced Budget Amendment, there are easy short-term solutions to our spending problem that include ending baseline budgeting, moving towards zero-based, or ‘zero-sum’ budgeting, and ending automatic incremental budget increases. At the federal level, we need to utilize a Cut, Cap, and Balance approach in order to achieve financial stability for future generations. Every line item in the federal budget must be reviewed, evaluated, and approved based on level of need. Through hiring freezes, the attrition of federal employees, consolidating federal agencies to reduce the bureaucratic tendencies, we can greatly reduce federal government spending and overreach.

A true limited federal government would not impose unaffordable and unconstitutional healthcare insurance scheme on the American people. With the best medical practices and medicine in the modern world, the United Sates should assure to have the world’s best health care. In Congress, I will work to pass affordable and constitutional healthcare that the American people deserve. Obamacare is a thinly veiled attempt at a government takeover of the health insurance delivery system, ultimately leading to a single-payer socialist system. In order to lower costs in the healthcare market, we must provide healthcare tax benefits and incentives to individuals, all while removing the current tax treatments from businesses. Our federal government must also use the Commerce Clause as fully intended, by opening up the purchase of health insurance across state lines. State reciprocity allows for citizens to seek their own doctors and care, allowing the free market to thrive and work as intended. This one action of legalizing state reciprocity would greatly reduce the problem of un-insurability with pre-existing conditions and would lower costs tremendously. These reforms in the healthcare industry would center on empowering consumers and patients, all while driving down excessive costs and reducing bureaucratic red tape.

Our federal government’s tax policy must be based upon the notion that that it is fundamentally immoral for the federal government to reach its hand into the pockets of the average working citizen on the 1st and 15th of every month. Until we approach tax policy in that manner, the federal government will continue taking the fruit of a man or woman’s labor, with no intent of ever returning, all the while redistributing wealth in a manner consistent with of the worst of European Socialism. Implementing the Fair Tax will restore sovereignty to the individual once again. Implementing the Fair Tax returns the federal government to its true and proper role as a subject to the will of the people. We would see a robust economy as a byproduct of the Fair Tax, as well as sustainable high GDP growth. In route to the long-term vision of the Fair Tax, reducing all tax rates and eliminating loopholes are short-term solutions that will greatly reform our current tax structure. As your representative, I will propose a much needed simplified and flatter tax code that will stimulate private sector investment, promote job creation, sustainable growth in our economy, and individual wealth creation.

A federal government actually responsible and held accountable to the people wouldn’t play political games, and wouldn’t allow petty politics to play a factor in decisions that involve the safety of our brave soldiers in the field of a battle. With my colleagues in Congress, I will work to bring an end to endless wars that cost taxpayers billions, and the ultimate sacrifice of our men and women in uniform.

To maintain our status as the #1 economy in the world, the federal government must create tax policy that allows American companies to compete freely and fairly with their foreign counterparts, while only regulating when absolutely necessary.

In Congress, I will stand strong against China and Russia as they attempt to expand their sphere of influence, and communism, on the world. Most importantly, I will work to assure America remains the leader of the free world and the voice of liberty across the globe.

Immigration reform that protects American citizenship is extremely vital to the strength of our nation. We need to secure our southern border and reform our entry/exit visa system, so we eliminate visa overstays. That is why I supported President Trump and will continue working on building a wall on our southern border and enforce our immigration laws. As your representative, I will always stand firm on conservative principles, stand up for the United States Constitution, and support immigration reform that encourages the American Dream be accessible to all law-abiding immigrants, and people from other countries who seek to come to America legally.

The 2nd amendment, your right to bears arms, is just as important as the rest of the Bill of Rights. That is why it is not only our civic duty as elected leaders and representatives, but as Americans to preserve and protect our Second Amendment and the Constitution.

I proudly stood against Republican leadership in the Florida Legislature when they infringed upon our rights as Americans and passed gun control into state law. That vote, and others, have earned me the NRA's endorsement. In Congress, you can expect me to defend your Constitutional rights, no matter the cost. Shall not be infringed, means Shall not be infringed!

Southwest Florida’s waterways are the lifeblood of our community and economy. It is our responsibility and obligation to preserve and protect these precious waterways for generations to come. I support environmental research and studies that not only preserves our waters, but also leads to sensible solutions, that do not burden taxpayers. As your representative, I am committed to continuing to hold the federal government accountable and to ensure they funds the Central Everglades Restoration Plan to clean our water and protect our environment.

I believe, as stated in our Declaration of Independence, that each person is endowed by our Creator with certain unalienable rights. The first among those is the right to life. Every life is valuable, from conception to natural death, and I will fight to protect the life of every unborn child without exception.

I understand an abortion has countless victims. I have voted for and strongly support laws requiring parental consent for abortions, funding for pregnancy resource centers, and increased medical restrictions on abortion clinics – but these are simply not enough. In Congress, I will work with my colleagues to turn the culture in our country against the killing of innocent unborn children and I pledge to always be a strong voice and advocate for life.