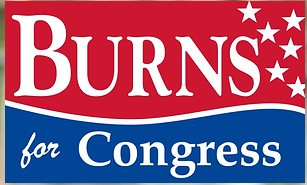 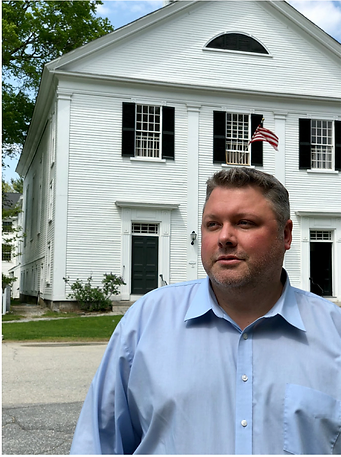 President Trump understood the danger of letting communist China take advantage of Americans would only lead to global chaos. That's why our country was stronger under his leadership. Now we have a “President” who can’t even operate a bicycle without falling over, let alone our storied country.
New Hampshire needs strong leaders in Congress, like me, an American small business owner who knows how to MAKE AMERICA FIRST by returning to our most prosperous policies of MADE IN AMERICA!
America First Bob Burns is leader of the pack. Vote Bob Burns for District 2.

Endorsements--how good are they? America Conservative Union rates these endorsers. These show a RINO who became more conservative. Someone who only served one year. A clear RINO. And an amazing patriot who has consistently stayed conservative over the years.

Bob Burns fights for New Hampshire AND US citizens

My focus will always be on making sure legislation is constitutional, cost-effective, and necessary. In Congress, I will work to bring manufacturing back to America, address skyrocketing inflation, and repair our broken supply chain. The greatest threat we as Americans face is China, and we cannot fix these problems until we end our dependence on them for critical goods. I oppose unconstitutional government mandates and will stand up to those who seek to take away our liberties. I will fight for America First policies and stand strong for the people of New Hampshire. The 2nd Amendment has been under siege by those who wish to reduce our rights to carry a firearm and protect ourselves, our families, and our property. I do not support additional gun control legislation and will oppose attempts to reduce our Constitutional rights. I support passing national reciprocity for conceal carry permits, which would allow gun owners to exercise their rights when crossing state lines. I always have and always will stand for the right to keep and bear arms.

Securing the Border and Protecting America

It is critical that we wecure our borders and stand for the rule of law. Instead of spending billions of dollars securing our own borders. I support a physical barrier spanning the southern border, and the use of modern technology to monitor areas where our border patrol agents might not be able to patrol in person. My understanding of technology will give me the perspective necessary to recommend the right methods to digitally monitor and detect illegal entries. Drones, cameras, sensors, artificial intelligence, and manpower working together with a physical barrier will lead to safety and security for the American people.

Returning Jobs and Our Pharmaceutical Manufacturing to America

Bringing back manufacturing jobs, and the manufacturing of our phyarmaceuticals to America is a critical health, economic, and national security issue. Through my years of work in the pharmaceutical safety and quality control industry, I have seen the sutdown of plants all over this country and since then conditions are only worsening Our tax dollars should not be paying for the importation of poorly regulated drugs from Communist China when we have empty pharmaceutical plants right here in jAmerica. If our federal government makes an expenditure, that money should stay on American soil and be used to purchase a product that was manufactured by American workers.

Stopping CRT in Our Schools

Critical Race Theory is creeping from the faculty lounges into the classrooms, indoctrinating an entire generation of students in a divisive ideology that creates more friction than healing. We cannot allow our schools to serve as a network for the spread of a toxic ideology that instills in impressionable minds a cultural self-loathing and racial resentment.

I oppose mandates on our health, lockdowns, and the shutdown of businesses that the government deems nonessential. These actions violated our constitution and did nothing to achieve the purported goal of slowing the spread. No one should be forced into choosing between their job and taking a shot. In Congress, I would advocate for welcoming back our brave armed forces that have been terminated for choosing not to take the Covid vaccine.

Protecting the Sanctity of Life

I am pro-life and believe that Roe v. Wade should be overturned. Advancements in medical science have made late-term abortion even more offensive and odious. Modern contraception has made the demand for abortion drop and I would continue to support access to it. I would support fetal heartbeat legislation in Congress, and would work to ensure that adoption is supported. Throughout my involvement in politics, I have worked for great pro-life candidates including Mike Huckabee and Newt Gingrich. Decentralizing Government and Curbing the Influence of Lobbyists

I have always fought against the influence of lobbyists and special interest groups on our government. Once we eliminate unnecessary departments like the Department of Education, we should move many departments to different regions of the country and away from K-Street. It is necessary for both ethical and security reasons. The staff of departments would then come from all over the country, and not just the DC beltway. A smaller government that respects state's rights and personal liberties should be our goal.