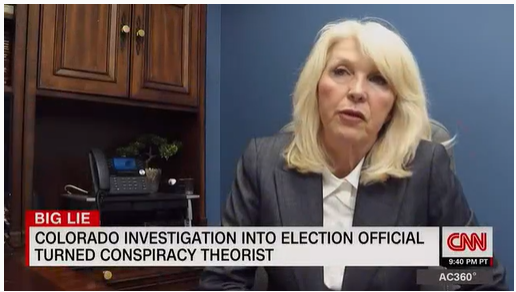 Since the 2020 election, people have been wondering about the legitimacy of the election. But there is a deeper conversation to be had. Do the American people determine their leaders or do the ballot counters? What about the people who code voting machines? Are our current leaders being elected or selected?

The(S)Election Code is an upcoming political thriller documentary being produced by renowned reporter Lara Logan. This documentary goes into a deep dive behind the current information war asking the question if our leaders are being selected rather than elected. Logan’s investigation will go to the heart of the matter and unveil more evidence that machines are stealing our elections!

The documentary follows Tina Peters and how her life has unraveled after she discovered voter fraud in Mesa Colorado. Despite Peters’ life being upended, she cannot unsee what she has seen. This revelation proves that America’s survival is at stake. The (S)Election Code’s release date is set for August 20th, 2022.

Sign up to receive news, updates, and a free digital copy of the movie on August 22nd