This is the opportunity for Republican voters to send a clear message to the Republican Establishment - "Conservative Republicans are not going away".... but will we take it? 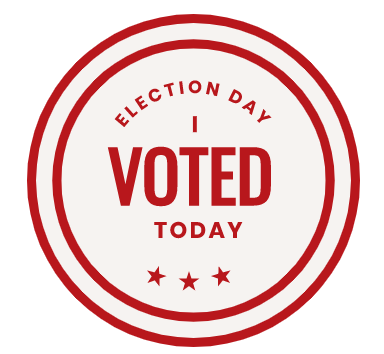 For some reason, Republican voter turnout rate has been 30% or less in the August Republican Party Primary elections.  If you are like us, concerned about the direction of the Republican Party, then no other election date is as important as August 23rd to decide between the two types of Republicans you want to represent you and your family.

The first choice is the  RINO - (Republican in name only) - a candidate who talks the talk, but that’s about it. They are usually well funded by special interest groups - developers, big industry, corporations — and usually win. They get their name out and advertise with all those big donor dollars. However, once in office, we find they don’t vote the way we want - they vote the way their DONORS want. You and me? We’re left in the dust. The approval rate of these elected Establishment Republicans hovers at 9%. They are professional politicians.

The second choice is the kind of Republican YOU likely are…. believes in the Party Platform, doesn’t want to cave to special interests or to Democrats like Establishment Republicans do. These Republicans really believe in American Exceptionalism, the America First and Florida First agendas and are willing to run for office more as a calling than a profession. These are people who are disgusted by the current state of the Republican Party and are willing to  sacrifice time with their families and their businesses to give their constituents a real seat at the table who listen and vote for the best interest of their constituency rather than big money donors.

And amazingly, most RINOs win in the August Republican Primary.

Most Florida Republicans voted for former President Donald Trump in 2016 and again in 2020 because he called out RINOs and condemned the Swamp in D.C…. and frankly, he talked about the issues like regular Patriot voters do. Why was it easy for us to recognize candidate Trump as an outsider —not part of the Republican Establishment? For many of us, voting for Trump was the first time in decades where we were actually voting FOR  someone instead of voting AGAINST someone. We weren’t down to deciding between the lesser of two evils…which are still evil.

Make use of the tools you already have.

The simplest way to find out if a primary candidate is being funded by corporate donors is to take a look at their campaign donations. On the county level, it’s easy to find on the your Supervisor of Elections website.

Take a look at the candidate’s donors and the amount of money poured into his campaign. If it looks like a who’s who of millionaire developers and large homebuilding companies, you are well on your way in determining who that candidate will REALLY serve while in office.

The August 23rd Primary will decide if we as a Party move away from the Republican Establishment we have watched do little to fend off liberal Marxists on our elected school boards or RINOs in the Florida Legislature who haven’t full supported Governor DeSantis, whose Republican policies have made him wildly popular.

August 23rd is YOUR DAY to vote!