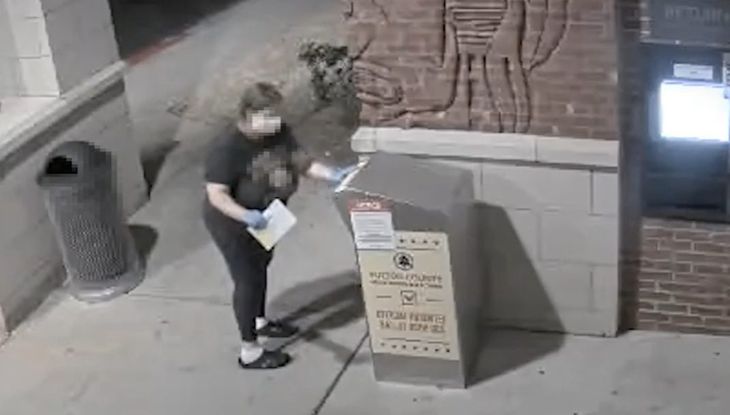 
Many of us were alarmed on Election Night 2020 when, while the results were looking good for Donald Trump, multiple states suddenly stopped counting votes. As the night wore on and went into the next day, it seemed that every update was favorable for Biden until he was ultimately named President-Elect.

While Trump’s campaign repeatedly promised to “release the Kraken” and bring forward evidence of election fraud that would prove that the election was stolen, focusing on electronic voting machines, that evidence didn’t materialize. RedState’s Scott Hounsell pointed out various states and cities – even down to the precincts – that should be investigated, and that information was given to the Trump campaign to no avail.

The basis of Hounsell’s “Excuse Me While I Call BS” series was that the supposed results of the 2020 general election were completely incongruent with what had been documented in voter registration data over the preceding four years and with what would be expected given Trump’s performance over Clinton in 2016. For example:

In Pennsylvania, Trump has won every county he won in 2016 except for one, while he picked up another county that Clinton won in 2016. Enthusiasm levels for Biden were lower than they were for Clinton in PA.  Since 2016, in the state where Trump won by 45,000 votes, Democrats have lost 48,000 voters while Republicans have added 150,000 voters, outperformed amongst minorities and had record party support and Democrat cross-over vote and yet, Trump only leads by 110,000 voters?  BS.

While Hounsell wasn’t able at that time to determine what had happened, it seems that Catherine Engelbrecht and Gregg Phillips of True the Vote have some evidence, in the form of cell phone location data, ballot drop box surveillance video, and more, to suggest that there was a coordinated effort in key states (those in which a small number of votes could swing the state and, therefore, the Electoral College) to illegally “harvest” ballots by paying “mules” to deposit them into drop boxes throughout the given metropolitan area in the month before the election, in numbers that were small enough to fly under the radar on daily counts yet large enough to change the state’s outcome on Election Night. Filmmaker Dinesh D’Souza took this data and interviewed witnesses to create the documentary “2000 Mules,” in collaboration with Salem Media Group, to explain what True the Vote found.

Not surprisingly, by the afternoon of May 4, before “2000 Mules” premiered at Mar-a-Lago that evening, the so-called fact-checkers were out in force attempting to debunk its claims. PolitiFact and Associated Press are the most prominent, and many local rags have run AP’s, magnifying its reach. Of course, the PolitiFact and AP pieces are nearly identical, almost as if they were coordinated. The “facts” or data they use to attempt to discredit D’Souza, True the Vote, and the film are laughably thin — and some are simply not true.

The Associated Press claims that “2000 Mules” did not prove that “at least 2,000 ‘mules’ were paid to illegally collect ballots and deliver them to drop boxes in key swing states ahead of the 2020 presidential election” mainly because the findings are “based on false assumptions about the precision of cellphone tracking data and the reasons that someone might drop off multiple ballots, according to experts,” but the piece lists a few other areas in which they believe the film perpetuated falsehoods.

According to Gregg Phillips, True the Vote analyzed more than a petabyte (1,000 terabytes) of data from smartphones in Phoenix, Atlanta, Philadelphia, Detroit, Milwaukee, and Las Vegas, covering the time period from October 1 through Election Day (and through January 6 in Georgia to cover the Senate runoff). In Atlanta, the group says that by using that data they identified 242 “mules” who met their criteria (visited 10 different ballot drop boxes and at least five different nonprofit organizations identified as “stash houses”) during that time frame. Here’s what the AP had to say about that claim:

[E]xperts say cellphone location data, even at its most advanced, can only reliably track a smartphone within a few meters — not close enough to know whether someone actually dropped off a ballot or just walked or drove nearby.

“You could use cellular evidence to say this person was in that area, but to say they were at the ballot box, you’re stretching it a lot,” said Aaron Striegel, a professor of computer science and engineering at the University of Notre Dame. “There’s always a pretty healthy amount of uncertainty that comes with this.”

That’s simply not true. In the first sentence of the quote, the writer says that experts say that a smartphone can be reliably tracked within a few meters. Depending on what “a few” means in this case, that could be six or nine feet. That’s hardly leaving a healthy amount of uncertainty. Also, we’re not just talking about one visit to a ballot box.

Pieces in the Washington Post and the New York Times also characterize cellphone location data as quite specific and reliable. For example, in May 4 WaPo article stoking fear that the Patriarchy could use phone data to determine who got an abortion should abortion become illegal in some states:

Phones can collect precise information about your whereabouts — right down to the building — to power maps and other services. Sometimes, though, the fine print in app privacy policies gives companies the right to sell that information to other companies that can make it available to advertisers, or whoever wants to pay to obtain it.

On Tuesday, Vice’s Motherboard blog reported that for $160, it bought a week’s worth of data from a company called SafeGraph showing where people who visited more than 600 Planned Parenthood clinics came from and where they went afterward.

A 2019 New York Times series, “The Privacy Project,” revealed a lot about how granular this data can be. In a piece from that project titled “Twelve Million Phones, One Dataset, Zero Privacy,” Times journalists reported on what they found after analyzing a data file containing 50 billion location pings from 12 million Americans over a several-month period in 2016 and 2017. In the introduction they state (emphasis mine):

Each piece of information in this file represents the precise location of a single smartphone over [the] period.

And, says the Times, this information isn’t generated solely by big tech or government surveillance, and is openly available to anyone who wants to pay for it.

The data reviewed by Times Opinion didn’t come from a telecom or giant tech company, nor did it come from a governmental surveillance operation. It originated from a location data company, one of dozens quietly collecting precise movements using software slipped onto mobile phone apps. You’ve probably never heard of most of the companies — and yet to anyone who has access to this data, your life is an open book. They can see the places you go every moment of the day, whom you meet with or spend the night with, where you pray, whether you visit a methadone clinic, a psychiatrist’s office or a massage parlor.

In addition, the AP writer says there are many reasons that people might have been close to a ballot drop box on multiple occasions, since they’re placed in high traffic areas like libraries, government buildings, college campuses, that people frequent. That’s definitely true. But are they going to those places regularly late at night or even in the middle of the night? Are they also going to five different nonprofit organizations focused on get-out-the-vote efforts?

In 2021 the Times published a piece titled, “They Stormed the Capitol. Their Apps Tracked Them.” about the January 6 protesters. In that piece they noted that since their 2019 article a new piece of information had become available:

Unlike the data we reviewed in 2019, this new data included a remarkable piece of information: a unique ID for each user that is tied to a smartphone. This made it even easier to find people, since the supposedly anonymous ID could be matched with other databases containing the same ID, allowing us to add real names, addresses, phone numbers, email addresses and other information about smartphone owners in seconds.

The IDs, called mobile advertising identifiers, allow companies to track people across the internet and on apps. They are supposed to be anonymous, and smartphone owners can reset them or disable them entirely. Our findings show the promise of anonymity is a farce. Several companies offer tools to allow anyone with data to match the IDs with other databases.

True the Vote has said it filtered out people whose “pattern of life” before the election season included frequenting nonprofit and drop box locations. But that strategy wouldn’t filter out election workers who spend more time at drop boxes during the election season, cab drivers whose daily paths don’t follow a pattern, or people whose routines recently changed.

It wouldn’t filter them out if the group didn’t also have other information, such as mobile advertising identifiers. But True the Vote has even more than that. For example, the group has chain of custody logs for the ballot drop boxes in question, so they know when election workers visited the drop boxes to collect ballots and can eliminate cell phones at that location at that time from being included in the “mule” category.

Follow the link to read the rest of this article which covers: use of gloves, taking photos, multiple devices, dropping for family members, and mules at Antifa rallies.