Check out my in depth interview just posted to my pages.
FB and telegram just search Worthley for Carroll County Sheriff to see it.
Great interview on justice 4 with Jocelyn on YouTube and Rumble

One of the two people who took time to talk to a homeless military veteran. It was clear that money that has been spent on drug addiction and homelessness, while immense, was clearly ineffective.

The sheriff should always be armed to protect those around him whether uniformed or not. For 10 years I've carried a firearm in my personal time to both protect myself and be ready to protect others if the need arises. Even in my short retirement I do the same. This point alone should let you know who cares more about your safety and well-being. A vote for Worthley on 9/13 is for dedicated service, not just lip service.

The community needs to look at how rising energy effects the limited budget. With less money, there will be less patrols, less plowed roads. Problems will be amplified. We're marching toward winter when our vulnerable population is already strained right now by the cost of goods and services.

All you great hardworking people, thank you from the bottom of my heart. It will be your efforts that get me the opportunity to work for you. By sharing posts, telling neighbors, or flying a sign you're engaging in a unique opportunity. The opportunity to have an elected law enforcement professional that is in the arena for you. Through transparent law enforcement, advocacy, and support of your local first responders I will prove what I've been saying for years. "It can be done better for less money". All it takes is someone who's willing to fight for you. Why? The truth is you've deserved better.
Now you have an opportunity to get what you should have years ago. I'm not a genius but I'm smart enough to know that if we keep going along like we have been, you get less but it costs us more.
In 10 years of law enforcement, taxes, drug abuse, and crime rates have gone up. At the same time, your staffing, morale, and services as a taxpayer have gone down. This is not an acceptable standard for your community. If money solved our problems, they'd be solved. It's using that in the right areas that can give us efficiency.
I will take the proposed raise and break it up for my ranks. I will fill current vacancies. I will work alongside the hard working men and women. 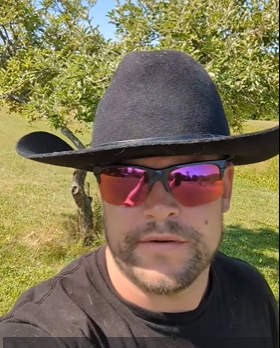 I have been shown in a cartoon as having a Nazi arm band yet my stance is prop liberty. I'm wearing a MAGA hat when I am not even a huge Trump fan, just liked his policy. The fact that whoever drew this cartoon is more concerned about making fun of me than focusing on the fact that young children are being needlessly harmed shows you where their loyalty lies.
I love everyone, and I want peace and prosperity for all. Honestly I don't care what you do to yourself if you're an adult. These children don't deserve your stupidity and it hurts my heart. I know I can't save everyone and your medical choices are your own.
I always find it funny that the left always says that anything conservative is pushy and that we force agendas on people. Conservative people typically just want lower taxes and to be left alone, usually don't bully anyone. Yet many on the left are in a cult. They put politics before anything else.
My priorities are as follows. God, family, country. Regardless of my opinion I do my job. That job is to preserve your rights, and freedom of speech is one of them. I don't agree with the portrayal of me in this cartoon but I will fight for the right for it to exist. If anyone knows who made it, please let them know I'll debate facts any day, any time, anywhere.
That's the beauty, when you're telling the truth you can back it up. When things like this happen you know you're over the target. Thanks for the motivation.
Now I'll admit that my phrasing of telling this reckless and misinformed parent in Michigan they're a terrible parent wasn't the best choice of phrasing, but I stand firmly by my claim. Why? The poor phrasing comes from raw emotions.
Emotions that come from knowing people who died from this shot.

Now two years later, we're no safer and no better off. The key difference is we are fractured now, over an illness with a 99% survival rate.

I'm no doctor, but I know when I'm being lied to. My references in this article are not right wing doctors, not champions of anti this or anti that. They're experienced doctors with proven results. Dr Peter Mcullough, Dr Ben Marble, Dr Richard Fleming, Dr Robert Malone, and America's Frontline doctors to name a few.

Look at their work. You were lied to.

If law enforcement did it's job this wouldn't have happened. If I'm successful on 9/13, it won't happen again. It's a cause that's worth fighting for. You deserve better.

Morality is doing what is right, regardless of what everyone else is doing.
Whatever class you are you're essential and I'll fight so you can live your life. 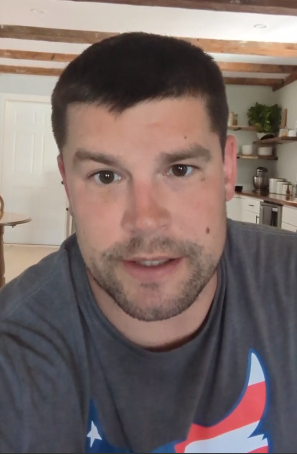