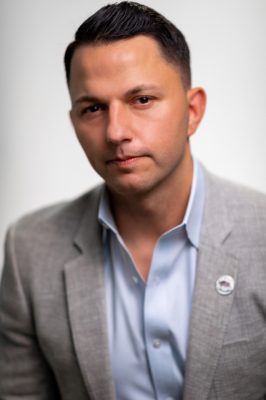 Our stance is word-for-word and line-by-line in accordance with the National Rifle Association’s stance on the Second Amendment. Dr. Cordie wanted this specifically done because he is a lifetime member and agrees with everything that this epic organization stands for. We appreciate all the sacrifices this organization has made for the country.

Please read here: NRA-ILA | What Is The Second Amendment And How Is It Defined

Dr. Williams has spent the entire duration of the pandemic touring the Country promoting freedom of choice solutions. Government involvement in the personal medical decisions of Americans is an infringement of our inalienable rights as detailed in the United States Constitution. Cordie will work tirelessly to end and prevent federal government mandates that harm our economy, prohibit social interaction, violate our personal freedoms, and create more division amongst the American people. Once again, Dr. Williams believes in the ability of American citizens to make the best healthcare decisions for themselves and their loved ones. As California’s next U.S. Senator he will oppose any and all government-enforced vaccine and mask mandates on Americans.

As a husband and father of two wonderful children, Dr. Williams is in favor of school choice and restoring parental rights in education. With so many failing schools across the State and Country, parents must be afforded the opportunity to explore alternatives in education for their children. Dr. Williams will fight to ensure this essential option is available to all parents.

Dr. Williams is unequivocally opposed to racially divisive material being taught in our schools. He will oppose at every turn Critical Race Theory and fight to ensure the Department of Education does not force one-size-fits-all education policy on our states and localities.

Republican, Democrat, and Independent parents and guardians agree – our schools must be open and stay open! Dr. Cordie has been and will continue to be California’s champion on this critical issue affecting so many American families.

Integrity in Our Elections
Dr. Cordie Williams is the only candidate in this race who is unafraid to acknowledge the existence of fraud in our election system. In fact, one particular Republican candidate denies the existence of any fraud at all. We are at a time in our Nation’s history where we cannot and must not elect wannabe politicians too afraid to admit the deterioration of the integrity of our elections. Dr. Williams will support measures that rebuild the integrity of American elections, including forensic audits of all elections, photo ID requirements, signature matching, frequently cleaning voter rolls, and prohibiting ballot harvesting. Cordie will work with his California colleagues to end the current vote by mail system immediately.
Protecting America
The current Administration has failed to protect this Country from foreign enemies. In fact, Joe Biden has armed them. The strategically-flawed evacuation of Americans and allies in Kabul, Afghanistan demonstrates the lack of concern for our safety and lives of the brave men and women in uniform. As the only military veteran who volunteered for combat, Dr. Cordie Williams has the experience necessary to hold this Administration accountable for poorly strategized military operations, military conflicts that do not put America First, and arming terrorists with information that jeopardizes our safety. As your next U.S. Senator, Dr. Cordie will keep our Country first, vote to end all arms deals with foreign countries, decrease the level of foreign aid handed out to countries that hate us, and hold China accountable. Dr. Cordie Williams’ foreign policy is an America First policy. Your safety, freedom, and quality of life is his priority.
Limited Government

Today, American businesses face shutdowns, over-regulation, and government mandates. The American people are experiencing the deterioration of their personal liberties and medical freedom, high taxation, and more government control over their everyday lives. Now, more than ever, we must restore the proper role of government. Dr. Cordie Williams believes that limiting the size and scope of government is the solution for many of the issues negatively affecting Americans today. He will work each and every day to get the government out of the way and largely absent from our lives, and end the socialist ideals flooding our Nation.

Dr. Williams has established himself as California’s defender of personal liberty. When he joined the United States Marine Corps, he gave an oath to defend the Constitution of the United States of America. He intends to uphold that oath. Dr. Cordie can be trusted to defend the 2nd Amendment from the gun control lobby and D.C. politicians keen on stripping away this right – one regulation at a time.

As an outspoken warrior for freedom, Dr. Cordie has experienced firsthand big tech censorship of conservative Americans. He will work with the few freedom fighters who remain in Congress to hold Big Tech accountable and restore all Americans’ 1st Amendment rights.

As the father of two beautiful children, Dr. Williams will defend the right to life of the unborn and ensure no tax dollars are utilized for abortion. You can count on him to be a thorn in the side of the pro-abortion lobby, including Planned Parenthood.

There is no time to beat around the bush. Now, more than ever, our public safety efforts and law enforcement personnel must be defended. Too many spineless politicians are afraid of the repercussions of vocally supporting our police. Not Cordie. Once elected, Dr. Cordie Williams will defend without hesitation the efforts by our law enforcement to keep our communities safe. He will ensure all federal law enforcement agencies, including ICE, are fully funded, and that federal funding for state and local law enforcement agencies is protected.

The current Administration and progressive democrats have created a humanitarian and public safety crisis at our southern border. Kids in cages, families separated, and illegal immigrants freely crossing the border into the United States. This practice must end now. We must do what is right – throw away the cages, reunite families, and complete construction of a physical barrier at our southern border. Dr. Cordie Williams will support the efforts of the U.S. Border Patrol to enforce our laws, the efforts of ICE to deport criminal illegal aliens, and the ability for states to protect their own.

Dr. Cordie Williams believes that the national debt is our Nation’s greatest crisis. He also understands the necessity for American workers and families to keep their hard earned money, especially during a time in which the government has single-handedly destroyed the livelihoods of so many Americans through their response to COVID. Cordie is a fiscal conservative that believes the government should budget just as we do at home, and handle the American taxpayer’s dollar with care. When elected, Dr. Cordie will advocate for an immediate audit of all government spending programs, agencies, and departments to identify and cut the waste. He will serve as a champion of the American taxpayer by supporting the reduction of burdensome taxation on individuals and businesses. Cordie will take it a step further by supporting a Balanced Budget Amendment and common sense entitlement reform.

The American economy is broken. And the government is at fault. The government’s economic shutdown as a response to COVID destroyed the livelihoods of many Americans, shuttered businesses, and forced many of them to close – never to return. We cannot wait any longer to revitalize our economy.

Dr. Cordie Williams supports reopening the American economy and keeping it open for good. He opposes any and all mandates that harm our small businesses, and will support common sense efforts to reinvigorate local economies. Cordie will work tirelessly to deregulate our economy and get Americans back to work.

Dr. Cordie is committed to confirming only strict Constitutionalists to serve on the United States Supreme Court. The fight for freedom does not end in the Halls of Congress, but must continue in the judicial system.

In a recent poll conducted by Big Data Poll, cost of living was the number one concern of Californians. More specifically, likely voters were concerned about state and local taxes, rising inflation, and increasing gas prices. Dr. Cordie Williams is determined to provide a solution to this ever-growing problem. All three issues identified by the citizens of the state he loves can be solved by a decrease in government spending. Working together with fellow Senators, Dr. Williams will oppose all unnecessary new spending bills, and work to create a more fiscally responsible government. When achieved, this will benefit not only Californians, but all Americans regardless of political affiliation.

As a compassionate citizen, Dr. Cordie Williams firmly believes that we should help those who are most vulnerable in our society. Homelessness has become a major issue over the past several decades. With many living with mental health issues, drug addiction, and physical disabilities, Dr. Cordie believes it’s far past time to provide relief to our fellow Americans. Working with Congress, Dr. Cordie is committed to creating a task force to study these issues and finally help. The time for talk is over.

Abortion and Roe vs Wade

There is a lot of misinformation about Roe vs Wade. This is by design as the original Roe vs. Wade decision was poorly written by an activist court. It is appalling that people are rioting again, vandalizing property, invading church services, and attacking people. The excuse now is over this case, which would not outlaw abortion. Roe v Wade being overturned should have been done in the 1980s were it not for Sandra Day O’Connor betraying Ronald Reagan. The elimination of Roe V Wade puts the abortion issue back to the states.

In the case of California, the extremist laws of California would take full effect, and those are beyond anything even China or North Korea has. In California, under current legislation, a baby can be “aborted” after birth up to 28 days later, including at any time during pregnancy.

I believe life begins at conception. The only instance I believe abortion should be allowed is in the case of saving the mother’s life. This should be the law in California. Point of reference, incest, rape, and medical intervention to save a Mother represents less than 1% of all current abortion statistics.

Dr. Cordie Williams supports all existing immigration laws and believes that we dont need to change the laws, we just need individuals who have character, conviction and honor who are currently serving in our government to enforce them. However, Dr. Williams would like to implement the following two legislative changes;

These kinds of measures will raise wages and raise the standard of living for legal residents of America.